(ORDO NEWS) — Authorities in the Himalayan city of Joshimat, 490 kilometers northeast of New Delhi, have halted construction work and begun relocating hundreds of residents to makeshift shelters after a temple collapsed and more than 600 houses cracked due to subsidence.

The soil subsidence was caused by heavy rains and intensive development.

Scientists and regulators name the two main reasons for the destruction of the city: heavy rains and too intensive construction

Residents of the city of Joshimat in Uttarakhand say they have long begun to notice cracks in their houses. The destruction of houses and roads has especially increased after the floods of 2021.

On Friday, January 6, an event occurred that caused a real panic in the city: the city’s Hindu temple collapsed.

There were no reports of casualties from the collapse, as residents near the temple development had left the area the day before.

Himanshu Kurana, district administrator, said more than 60 families have been resettled in government-run environmental refugee camps. According to media reports, this number is likely to rise to 600 families in the coming days.

Ranjit Sinha, Uttarakhand’s top disaster management official, said the immediate cause of the cracks “appears to be a faulty drainage system that caused water to seep under the houses, causing them to flood.”

The government will pay 4,000 rupees ($50) a month for six months to those left homeless in Joshimat. It is a temple city with a population of about 25,000.

It is located at an altitude of about 2000 meters and is on the path of tens of thousands of pilgrims heading to Badrinath and Him Kund Sahib, the sacred places of Hindus and Sikhs.

A huge flow of pilgrims and tourists led to the fact that the city began to grow rapidly. Mass construction of buildings and roads began here. Now construction work has been temporarily stopped.

Interrupted work on laying a major road to Chardham. It is very important for connecting different places of pilgrimage. The project of creation of trolleybus lines was stopped.

Downpours wash away the city 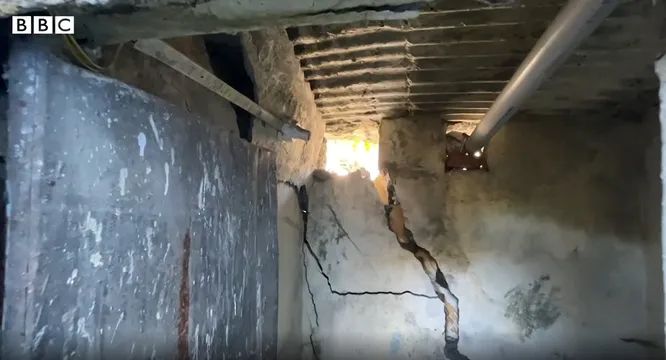 In 2013, devastating rainstorms in the region resulted in hundreds of deaths. There was a major flood in 2021. The region is constantly suffering from natural disasters.

“Between 2015 and mid-2021, Uttarakhand experienced at least 7,750 extreme rainstorms,” says Kavita Upadhyay, a water policy expert who is currently a research fellow at the University of Oslo.

Upadhyay says: “The slopes of Joshimata are formed from the debris of a landslide. This means that there is a limit to which soil can be burdened with buildings.

It seems that this limit has been violated by the construction of buildings and large infrastructure projects such as dams and roads.”

A study by the Uttarakhand Disaster Management Authority has already warned that construction by removing boulders and blasting the hillside will result in severe environmental damage.

Why there are so many animal species: Scientists have found the answer

Why there are so many animal species: Scientists have found the answer