(ORDO NEWS) — SARS-CoV-2 is not picky about hosts. Since the virus first began spreading among humans, it has moved from our species to domesticated, domesticated, and even wild animals.

Cats appear to be particularly susceptible to contracting COVID, although they often do not show symptoms and are unlikely to pass the virus on to us. Even among themselves, the transmission of the virus appears to be low.

However, if SARS-CoV-2 is quietly circulating among our pets, there is always a chance it could mutate into something even more dangerous, spreading from family to family through the community of free-roaming cats and dogs.

That’s why some scientists are trying to track down COVID variants in our pets. And, at least for now, it looks like there’s nothing to worry about.

A new study reports a case of a domestic cat from southeastern Pennsylvania that was diagnosed with SARS-CoV-2 in September 2021. Subsequent genomic testing identified the infection as the AY.3 delta variant, the same variant that was circulating among people in the area at the time.

This confirms that newer variants of COVID (at least up to Delta) are still being passed on to our pets, which is quite unfortunate. On the positive side, the results suggest that the virus may not mutate much in our feline companions.

Of the 4,200 human coronavirus samples that were sequenced in Delaware, Pennsylvania, less than 5% contained the 10 single nucleotide variants found in a domestic cat sample.

Moreover, seven of these 10 mutations were “silent”, that is, did not cause significant changes.

“When we looked at a random sample of human sequences from our geographic region, there was nothing drastically different in our cat sample,” explains veterinarian Elizabeth Lennon of the University of Pennsylvania.

“So we concluded that the cat was not infected with a virus that is somehow very different from the others.”

This study is the first to formally identify the delta variant among domestic cats in the US. Although during the course of the study, the authors became aware of another cat from Virginia that had contracted the AY.3 variant about a month earlier.

Few single nucleotide variants were found in both cat-derived AY.3 genomes compared to human-derived samples, which is a good sign, albeit based on a tiny sample.

“Some of these mutations may be enriched in feline samples; however, a larger data set is needed to make such a conclusion,” the authors write.

Interestingly, in a domestic cat from Pennsylvania, a nasal swab did not reveal SARS-CoV-2, but a stool test did. This may be due to different physical reservoirs for the virus in different species, or because the cat was tested after the infection had passed from nose to ass.

For example, in some people who become infected with the COVID virus, positive stool tests continue to be positive for more than 11 days on average after the respiratory test results drop to undetectable levels.

“This highlights the importance of sampling at multiple locations on the body,” says Lennon.

“We wouldn’t have found this out if we had just taken a nasal swab.”

When the cat was brought in for medical attention, she had been suffering from anorexia, lethargy, vomiting and soft stools for several days. Her owner had contracted the SARS-CoV-2 virus just 11 days earlier, but has since isolated himself from his pet for fear it might infect him.

By the time the cat was diagnosed with COVID, it was too late to swab the owner of the animal to compare the two viral infections, so we don’t know how the cat became infected and what in her infection allowed the virus to jump over the species barrier.

The fact that this is the first official report of an AY.3 infection in a cat means that we cannot be complacent about the transmission of the virus among our pets.

“The main takeaway here is that as different variants of SARS-CoV-2 emerge, they seem to retain the ability to infect a wide range of species,” says Lennon.

SARS-CoV-2 itself likely originated from closely related bat or pangolin pathogens. As the virus passed to humans and began to spread rapidly, it also began to mutate. Some changes have meant that animals such as deer mice, which previously could not contract the virus, now can.

Due to the ever-changing nature of COVID, any viral reservoir poses a risk to humans and other animals. Just because cats don’t promote mutation and virus transmission doesn’t mean it will always be that way.

What is behind the rapid disappearance of the delta variant of Covid-19 in Japan? Maybe it’s self destruct

What is behind the rapid disappearance of the delta variant of Covid-19 in Japan? Maybe it’s self destruct 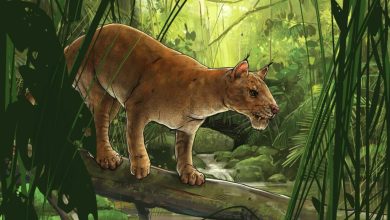 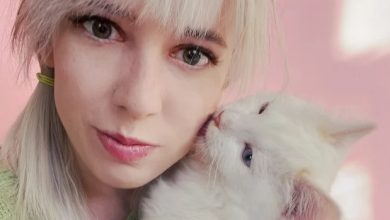 An American woman cloned a cat, but got an unexpected result 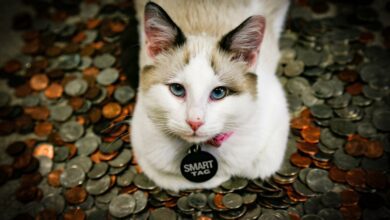 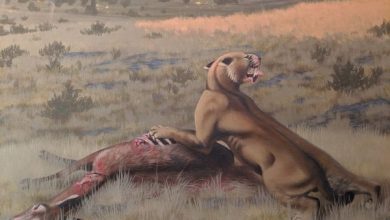