(ORDO NEWS) — In Africa, the boy Ulrich was born with a contracture of the quadriceps femoris muscle, which dislocated his knees backwards, but after treatment he was able to walk normally. The story of the African is published by The Sun.

Ulrich was forced to move around using sticks to support his body weight. Due to a rare disease, his muscles grew more slowly than his bones, so his legs strongly bent forward, and the boy’s body was almost folded in half parallel to the ground. In addition, he was in constant pain, and the neighbors stared at him when he appeared on the street. 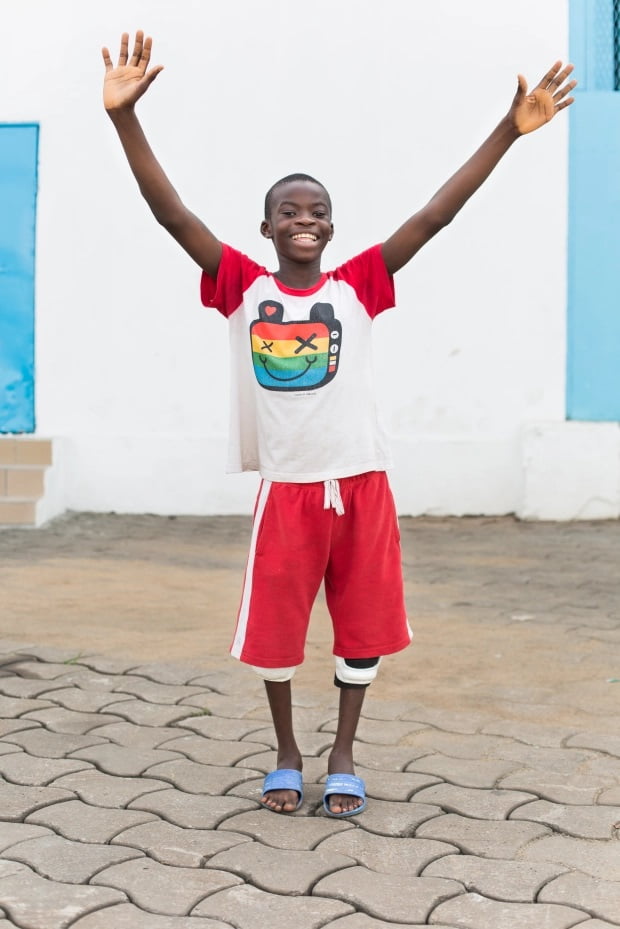 Local doctors refused to perform the operation due to the fact that the deformity was too serious. The cost of surgery in other clinics was unaffordable for the family.

“The surgeons didn’t touch him, it was hard to see how much he was in pain. When he hurts, then it hurts me, ”the boy’s mother shared her memories. Ulrich was worried that as he got older, the pain in his body would only get worse.

However, to the family’s delight, the charity Africa Mercy funded the young man’s treatment. He underwent several complex operations, after which for the first time he was able to straighten up and hug his mother.

Ulrich now hopes to fulfill his dream of going to school. “People used to stare at me on the street. They thought I was disabled for life and didn’t treat me like a normal person. Now they will stare again, ”the boy said happily.

It was previously reported that a girl was born in South Australia with a rare disease, because of which a smile never leaves her face. The girl was diagnosed with bilateral macrostomia (excessively wide mouth gap), and both sides of her mouth were affected.