(ORDO NEWS) — Guided by what is useful and what is not for the human body and organism, we often focus on outdated knowledge or the experience of generations, which it is high time to abandon. Here are 9 of the most common myths about the human body that are actually wrong.

Weighing about 1.4 kg, the human brain contains nearly 100 billion neurons. They transmit information through synapses – there are about a quadrillion of them in the brain. The three main parts that make up the brain are the cerebrum, the cerebellum, and the brainstem.

The first controls the work of 85% of all other human organs, the cerebellum is responsible for coordination and balance, and the trunk regulates all automatic functions, such as breathing or digestion.

And for all this, the brain needs only 10% of its capabilities? Scientists have long debunked this myth about how our body works, although the claim is still popular. 10% of your brain is involved only when reading this paragraph.

2 – It takes 7 years for the stomach to digest gum

Many remember this horror in childhood, when, after accidentally swallowing gum, you heard that the gastrointestinal tract will now digest it for seven years.

If right now you are just in the process of this exhale with relief, this fact about the body is complete nonsense, just a myth. Of course, chewing gum is an indigestible food.

In official documents, the product is defined as a “non-nutritional chewable substance” (that is, not like food). It is not recommended to swallow chewing gum, but if this does happen, it will simply leave the body in approximately the same form in which it entered it. By the way, some chewing gum ads claim that they can make your teeth dazzlingly white. In reality, this is another myth about our body – the natural shade of the teeth is yellowish. And you can’t influence it in any way, because the color of your teeth does not depend on the outer layer enamel, but on the inner one dentin. The yellower the dentin, the more it shows through the enamel, giving the teeth its color

3 – Chocolate is bad for the skin

Many are convinced that the true cause of acne is in the chocolate you eat. Yes, frequent consumption of foods high in fat and sugar can actually increase the production of sebum in the body.

But the direct relationship between chocolate and acne is nothing more than another myth about our body. Teenage acne often just needs to be experienced, while trying to eat right.

This myth about the human body has been around since World War II, when British soldiers were told that carrots would improve their ability to see in the dark. Carrots are indeed a source of beta-carotene, which during digestion turns into vitamin A, which has a beneficial effect on vision.

But does this improve night vision? No. All the carrots in the world can’t affect it. And it is unlikely that German intelligence bought into the myth of the superpowers of British soldiers. But the rest of the world believed in the miraculous power of carrots. As we have already found out, the statement that carrots improve night vision is just another myth about our body that has successfully taken root. In fact, carrots help prevent muscle degeneration, but do not improve vision

Sight, hearing, smell, touch, taste these are the five human senses that were formulated back in the days of the Greek philosopher Aristotle. Thousands of years have passed since then, and now scientists are sure that a person has much more feelings.

Thus, the sense of touch is much more complex than just one sensation. A person perceives the force with which they touch him, feels the temperature of the object, pain. Now we can talk about at least 33 different feelings inherent in a person.

These include, for example, blood pressure and balance. So the next time you hear someone talk about their sixth sense, feel free to tell us how our body works, and that in fact we have as many as 33 senses.

Even biology teachers at school talked about this myth about the body: they say, if one of the parents is able to do this, then you can too. In fact, everything is not so simple.

In 1940, the American geneticist Alfred Sturtevant published a study in which he first called the ability to fold the tongue hereditary, based on a dominant gene. But his statement was quickly refuted: scientists realized that there are twins, one of which can do this, and the other cannot, although the parents in this case are the same.

7 – Hair and nails continue to grow after a person dies

This rather creepy myth about the human body is very popular, but the number of people who believe in it has not become truer.

After death, the human body quickly dehydrates, while the skin shrinks and sinks inward. This creates the illusion that the hair and nails are still growing. In fact, the surface of the body is simply reduced. Another myth about the human body is associated with hair, and the desire to earn extra money is also to blame for it. Many advertisements for conditioners and balms claim that they can restore strength, shine and health to damaged hair. As you might have guessed, this is not the case. Human hair is not alive, which means that it cannot be restored like, for example, skin. Balms and conditioners smooth the hair cuticle, making it more manageable. But if it is spoiled by temperature or chemistry, then all that remains is to go to the hairdresser and cut off the damaged parts

8 – Cracking Joints Can Lead to Arthritis

Arthritis is a catch-all term for a group of pain syndromes characterized by swelling and inflammation of the joints. Obviously, if there were specific activities to avoid in order to avoid getting arthritis, people would do it.

However, this disease equally affects those who crackle the joints of the hands, and those who have never abused it. Harvard scientists conducted a study that found no connection between crunching and arthritis, so we can safely say that this myth about our body has been debunked.

9 – If you shave off your beard, the new one will grow darker

You can shave your hair anywhere – on your face, arms, legs, and so on – but it will all be in vain. The new ones won’t change color.

This myth about the human body is easy to explain in fact, the color of our hair depends on our genetics. The more melanin in your body, the darker your hair. At the same time, it also happens that the hair on the head is one color, and in the beard – another.

Scientists have named 6 superpowers of the human body

What happens to the human body after the heart stops

Scientists have named 6 superpowers of the human body

What happens to the human body after the heart stops 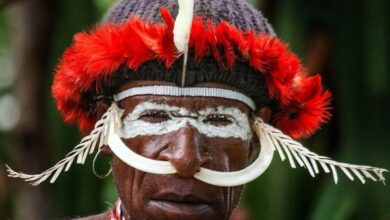 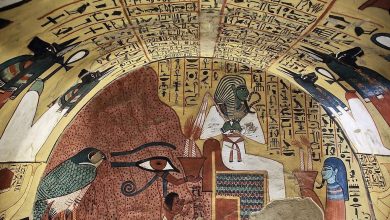 How hot is it for the human body 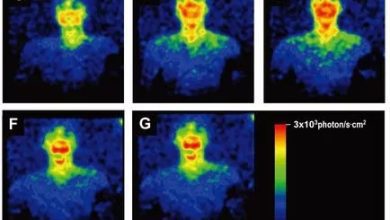 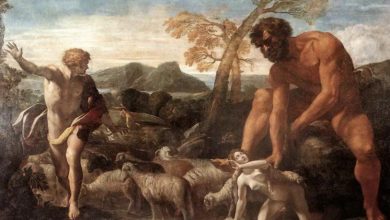