(ORDO NEWS) — Archaeologists have discovered that the 8,850-year-old building in Ulucak (Ulucak Huyuk) is the oldest pottery workshop, Arkeonews reports.

The clay from which the pottery was made also contained the fingerprints of potters who lived 8,000 years ago.

Professor Ozlem Cevik from Trakya University, head of the excavations, said that the discovery of the workshop is very important for science, as it demonstrates the first specialization in the production of ceramics.

During the excavations, it was discovered that the Uludzhak mound was the home of the first farmers of the Aegean region.

The first settlers settled in the same place for 1150 years without a break, the cultural layer here reaches 7.5 meters. Recently, a 7800-year-old female figurine, possibly a goddess of abundance and fertility, was found on the mound.

The oldest ceramic workshop was recently opened. In a building with an area of ​​100 square meters, kilns were located in which ceramic pots were fired. A lot of split stones were also found here, which were used when grinding hematite paint for painting dishes. 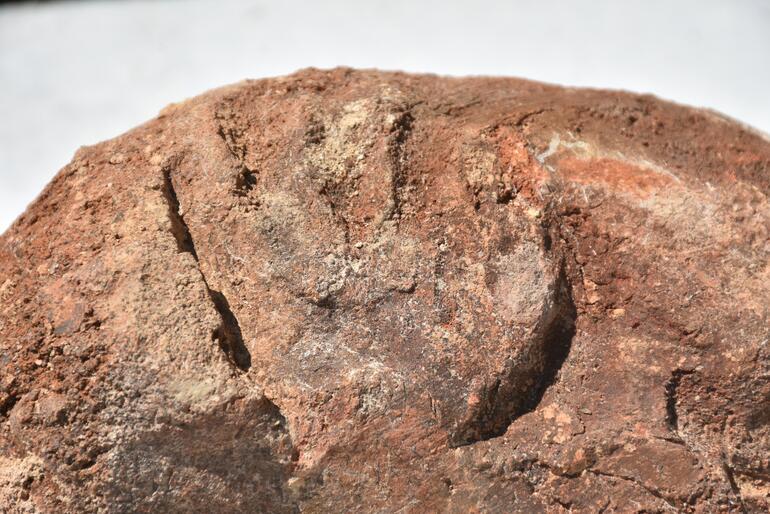 Professor Ozlem Chevik said: “Historically, it is known that the first pottery was made about 9,000 years ago in a vast area from Mesopotamia to the Aegean region.

It was probably produced by women in every household. A thousand years later, there were already the first master potters.

This workshop, which we found in Ulucak, is important for Middle Eastern or world archeology. Because for the first time there is physical evidence that ceramics were made by experts.

This building is very different from residential buildings. This building has 6-7 rooms. And here all stages of ceramic production were concentrated: from the preparation of the dough to its molding, from the use of a primer to finishing.

Fingerprints were found among the finds in the workshop.

“Before making ceramics, it is necessary to prepare clay dough. The workshop burned down – the fingerprints on the test, which had just begun to be made, hardened.

Thus, fingerprints and handprints of people who touched it 8,000 years ago were preserved on the clay,” Ozlem explains.