(ORDO NEWS) — Two American kayakers discovered an 8,000-year-old human skull last September in a river 110 miles west of Minneapolis. Noticing an unnatural object on the river bank, they rowed towards it.

After realizing what it was and suspecting it might belong to a modern-day murder victim, they called the Renville County Sheriff’s office and reported the body part to Sheriff Scott Heibl.

Sheriff Hable sent the skull for medical examination, who then turned it over to a forensic anthropologist with the Federal Bureau of Investigation.

A report published in the New York Times newspaper said that preliminary analysis showed that the bone belonged to a young man who lived “8000 years ago, between 5500 and 6000 BC.” According to a report from the Archaeological Laboratory of Augustana University in South Dakota, man probably “passed through part of what is now Minnesota during the Archaic period in North America” ​​between 8000 and 1000 BC.

Kathleen Blue, professor of anthropology at the University of Minnesota, said the skull could have drifted in a river “for thousands of years, or been placed in a burial near the water and eventually carried away.”

Dr. Blue wrote that the young man “most likely fed on plants, deer, fish, turtles and freshwater mussels in a small area, rather than following mammals and bison migrating for miles.”

In addition, an FBI anthropologist identified a “severe head wound” on the skull, which Sheriff Hable said was evidence of a hard blow from a blunt object. However, Dr. Blue noted signs of healing along the edges of the wound, suggesting that the blow did not kill the man. 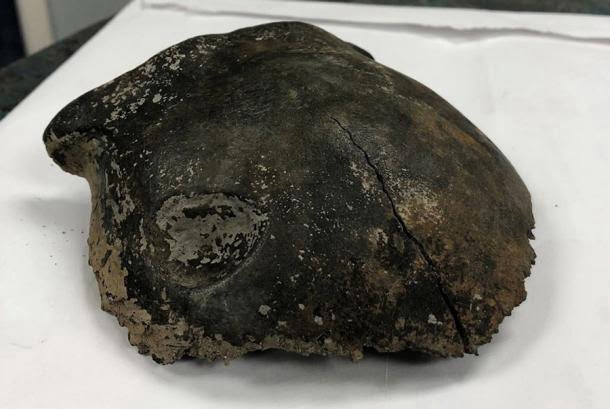 The ancient skull would never have been found had Minnesota not been hit by a severe drought in 2021. The state’s Department of Natural Resources explained that persistent moisture stress, combined with above-normal temperatures across the state, has caused “the worst drought in 40 years.”

Sheriff Heibel said stretches of the Minnesota River were open, which was not the case before, which is why a pair of anonymous kayakers spotted the skullcap. But what happened next quickly shifted attention from the skull to the sheriff. Overwhelmed with joy at the find, Sheriff Huble posted pictures of the skull on Facebook Wednesday afternoon. Shortly thereafter, his office was contacted by the Minnesota Indian Council, who said the photos were “very offensive to Native American culture.”

Dylan Getsch, cultural resources specialist for the Minnesota Indian Affairs Board, said the sheriff’s office showed “a complete lack of cultural sensitivity by not indicating that a person is Native American.” Getsch was especially offended that the police did not inform the Council about the find before it was published. 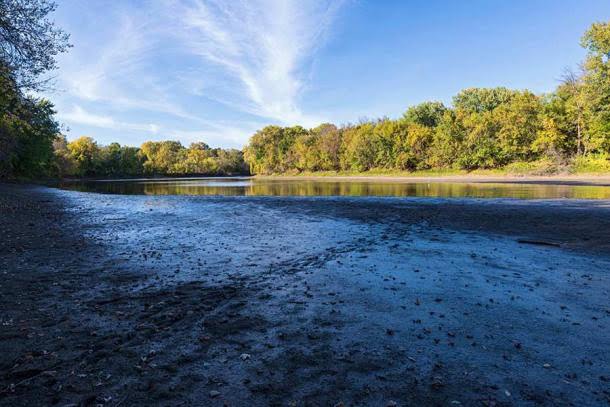 In response to Dylan Getsch’s protest, Sheriff Heibl immediately deleted the post. Dr. Blue has since confirmed that the skull “certainly” belonged to an ancestor of one of the Native American tribes living in the area today.

But in Sheriff Hable’s defense, Dr. Blue stressed that if he hadn’t suspected the skull was from a murder victim, it would never have been analyzed by an FBI anthropologist. Now that this has happened, it will be returned to the Native American tribes of the state.

Since 1990, federal law has codified the repatriation, or respectful return, of confirmed human remains of Native Americans.

Moreover, funerary objects, sacred objects and cultural heritage “should always be treated with dignity and respect”. Congress also declared that artifacts and human remains removed from federal or tribal lands belong to descendants in the direct line of indigenous tribes.

Sheriff Huble made the mistake of thinking that Facebook was the right place to announce the discovery of an ancient skull, instead of informing the Minnesota Indian Affairs Board. Hubble has violated a federal law that states that “at all times” cultural artifacts and human remains must be treated with dignity and respect.

China: Americans are pushing Beijing and Washington to a new cold war

China: Americans are pushing Beijing and Washington to a new cold war

Most water bodies in the US are irreparably poisoned by PFAS