(ORDO NEWS) — Divers have discovered the oldest Swedish cog ship in Bohuslän province, and one of the oldest cog shipwrecks ever found European waters.

The village takes its name from the large rock, or so-called “mountain,” which characterizes the port and guides sailors in from the open sea. The discovery was announced in a recently published research article in PHYS. 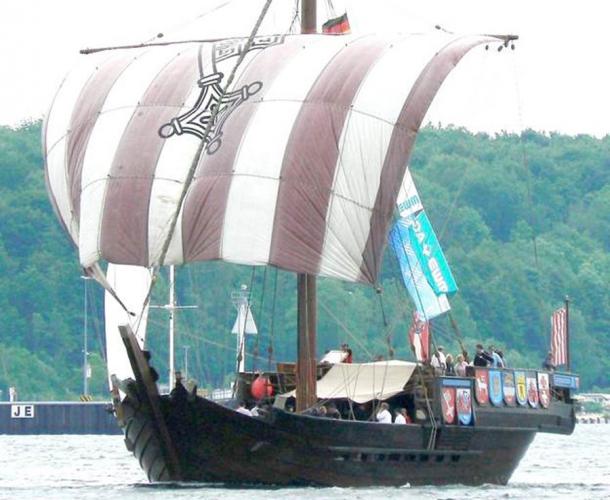 Professor Staffan von Arbin is a maritime archaeologist at the University of Gothenburg who recently published the research article in PHYS about the discovery of the Swedish cog ship shipwreck.

Last September teams of divers working with archaeologists at the University of Gothenburg conducted reconnaissance along the coast of Bohuslän and identified the wreck. Applying “dendrochronology” (analysis of tree rings ) samples of the wooden hull revealed they were oak beams that had been cut between 1233 and 1240 AD, making the ship nearly 800 years old.

The maritime archaeologists named the mystery ship “Dyngökoggen,” and it has been determined that it’s a cog ship, a vessel used extensively across Sweden (and on German Baltic Sea trade routes) from the early 12th century onward, said Staffan von Arbin.

Seams between the wooden planks of the Swedish cog ship were found to be sealed with moss, which is a typical design feature for 13th century cogs. While the surviving section of the ship measures about 10 meters (33 feet) long and 5 meters (16.5 feet) wide, Staffan von Arbin said it was originally about 20 meters (66 feet) long.

A study of the wood samples obtained from the Swedish cog shipwreck revealed not only that the ship was made of oak, but that the oak lumber was from northwest Germany.

Fjällbacka expanded into a resort during the great herring period of the 1750s and by the middle of the 19th century it was Sweden’s most productive fishing village. And this region was no less busy 800 years ago, when early Swedish cogs sailed these waters.

Cogs Were The Ship of Choice For the Hanseatic League

Cogs were mostly associated with seagoing trade in northwest Europe in the medieval period , especially the Hanseatic League. Typical seagoing cogs ranged from about 15 to 25 meters (49 to 82 ft) in length, with a beam of 5 to 8 meters (16 to 26 ft).

The Hanseatic League were major users of cogs for their extensive trade routes. Historical texts related to the League mention “the importance of Bohuslän as a transit route for international maritime trade during this period,” according to the new research from the University of Gothenburg, Sweden.

Bohuslän is named after the fairytale medieval Norwegian castle of Bohus which controlled the entirety of this old Norwegian county from the time of the Norwegian conquest and unification of the country in the 870s, until the Treaty of Roskilde in 1658 AD.

The archaeologists are unclear why the Swedish cog ship sank, but they suspect it would likely be an “exciting story” because the survey of the ship clearly shows indications of an intense fire.

Perhaps exciting is the wrong word. Dramatic maybe. And horrific certainly. What is really exciting for Sweden, however, is that the Dyngökoggen cog ship shipwreck is one of oldest cogs ever discovered, anywhere in Europe. How then, did this ship get from being on top of the waves in one of the medieval world’s busiest shipping lanes, to the bottom of the sea off the coast of Sweden? 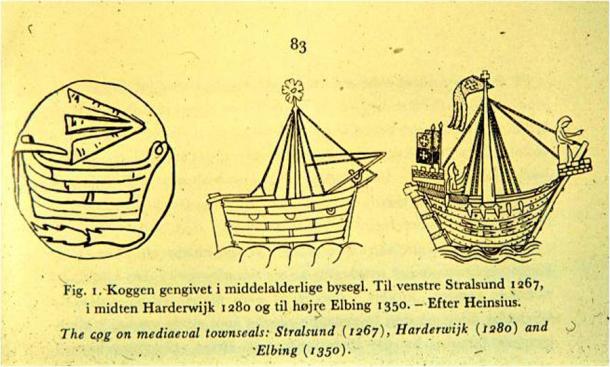 How Did The Swedish Cog Go Down: Pirates, Fire, War?

Professor von Arbin suggested perhaps the ship “was attacked by pirates.” This notion arises because medieval texts describe Norway’s southern coast, including Bohuslän, as having “intense pirate activity” periods in the Middle Ages.

Another idea was that the ship was sunk during a sea battle, as Bohuslän was a battleground in the medieval wars for the Norwegian crown . However, the scientist also said the fire might have been a “simple accident,” and that perhaps the fire spread while the ship was anchored.

Because of a lack of funds for this type of research, there are no immediate plans for divers to return to this wreck. However, what they do know is that Dyngökoggen is but one of many similar shipwrecks on what was an ancient European trading route, just another one of the ghost ships that sank in service of making the Norwegian crown richer.