US, WASHINGTON (ORDO NEWS) — The sharp rise in stock prices of companies developing vaccines against COVID-19, drugs and kits for diagnosis, led to the emergence of at least one new billionaire and increased the fortune of nine others, writes Forbes.

After the World Health Organization declared COVID-19 a global pandemic on March 11, stock markets collapsed around the world, and the Dow Jones index experienced the biggest drop since 1987. In general, the markets partially recovered, while the shares of a number of companies not only did not suffer, but, on the contrary, grew steadily: we are talking about public health companies that are actively developing vaccines, drugs and test kits.

Over the past seven weeks, the stocks of these companies, which are doing the work necessary to defeat the virus, have grown significantly, contributing to the emergence of a new billionaire and increasing the fortune of at least nine more.

The new billionaire Stefan Bansel, general manager of the Cambridge, Mass., Moderna company, was the most advantageous position on March 16, when it launched the first human trial of the COVID-19 vaccine in Seattle. When the pandemic was announced by WHO, Bansel’s fortune was estimated at about $ 720 million.

Since then, Moderna’s shares have grown by more than 103%, increasing its fortune to about $ 1.5 billion. Bansel, a French citizen, first joined the ranks of billionaires on April 2, when Moderna shares rose on the news that the company plans to launch a second phase of testing its vaccine.

As a percentage, Bansel earned the most, over the past seven weeks his fortune has grown by 109%. In second place, with a big lag behind the leader, is serial entrepreneur Gustavo Denegri, whose fortune increased by 32%, or $ 1.1 billion, thanks to his 45% stake in DiaSorin, an Italian biotech company.

If you count not by percentage change in condition, but by money, then the French billionaire Alain Mercier, the founder of BioMérieux, the diagnostic test company (headed by Moderna Bansel until 2011), and So Chong-Chin, head of the South Korean biopharmaceutical company Celltrion, got the most wealthy – Since March 11, both have become richer by about $ 1.5 billion. BioMérieux and DiaSorin are key players in expanding testing for COVID-19. Both companies released kits for diagnosing this disease in late March.

Of the ten billionaires in the healthcare industry whom COVID-19 helped to get rich, only two are Americans. These are Leonard Schleifer and George Yancopoulos of Regeneron, a pharmaceutical company based in Tarrytown, New York.

Since March 11, the total fortune of ten health care billionaires looking for ways to combat COVID-19 has grown by $ 7 billion. 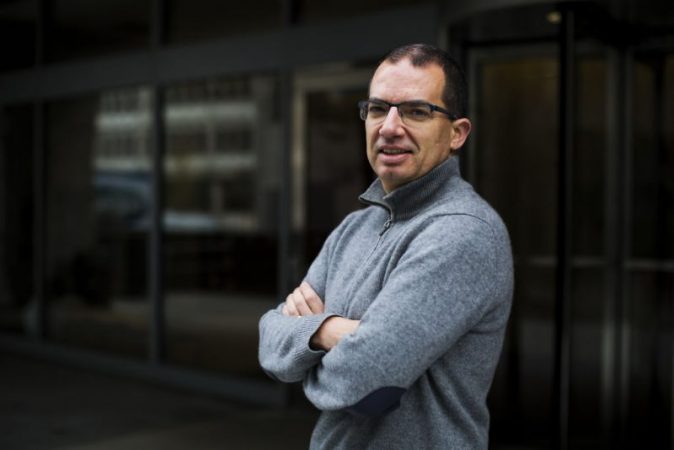 Bansel has served as CEO of Moderna Therapeutics, based in Cambridge, Massachusetts, since 2011, since he left a similar post at BioMérieux. He owns 9% of the company, which recently received a grant of up to $ 483 million from the US Department of Health and Human Services to accelerate the development of the COVID-19 vaccine. According to Bansel, doctors can get the vaccine by the fall of 2020 for use in emergency cases. 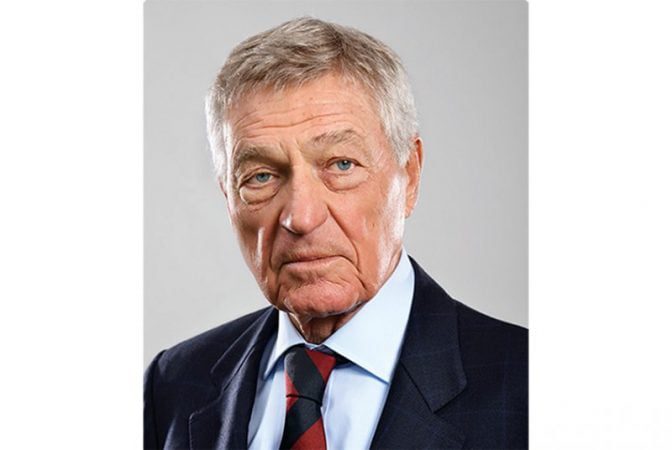 Denegri was educated as a chemist, and now he owns 45% of the Italian biotech firm DiaSorin. However, his career did not begin in the pharmaceutical industry: he first achieved major success in 1985 when he combined Gruppo Pro-Ind, a parts company that he founded in the 1970s, with Piaggio, creator of the legendary Vespa scooter. DiaSorin, which Denegri acquired in 2000, released both smear-based diagnostic kits and blood tests for antibodies to COVID-19. Her antibody tests, released in April, are being distributed in several regions of Italy. DiaSorin has factories in the USA, UK, Germany and Italy.

In 2002, Co founded Celltrion, a biopharmaceutical company in Seoul, and in 2008 brought it to the stock exchange. The firm has focused on producing diagnostic kits and finding possible treatments for COVID-19. Clinical trials of the antiviral drug in humans are expected to begin in the third quarter of 2020. The Celltrion quick self-diagnosis kit, which the firm claims to produce results within 15-20 minutes, will be released in the summer.

In 1963, Mérier founded BioMérieux as a diagnostic unit of the Institut Mérieux, a medical conglomerate created in 1897 by Mereier’s grandfather, Marseille. Now the company is headed by Alena’s son, Alexander. The COVID-19 diagnostic kit, which BioMérieux released at the end of March, reduced the time it takes to test the virus for up to 45 minutes.

Maja Oeri is the heiress of Fritz Hoffmann-La Roche, who in 1896 founded the Swiss pharmaceutical company Roche. She owns about 5% of the company’s shares, and in 2011, she separated her share from the family stake. On March 19, Roche announced it was moving on to the third phase of the clinical trials of tocilizumab, an anti-arthritis drug, for treating patients with COVID-19 in the United States. In addition, the company has developed a new serological test that detects antibodies in people who have already had the disease. Roche plans to begin shipping tests in the US and Europe in early May. 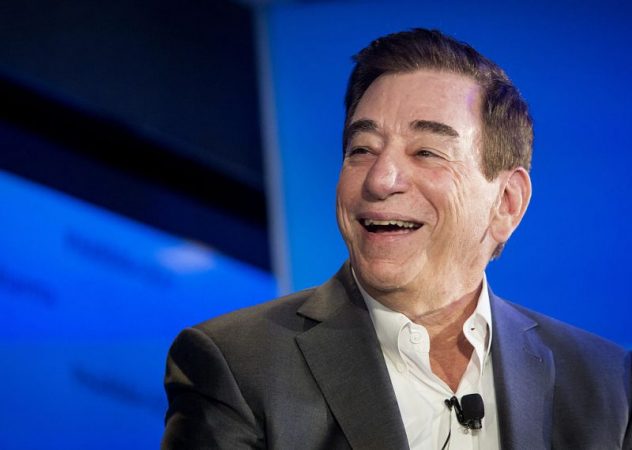 In 1988, Leonard Schleifer, CEO of Regeneron Pharmaceuticals, founded the drug company in Tarrytown, New York, and a year later George Yancopoulos joined him as scientific director. On March 16, Regeneron began clinical trials of sarilumab, a drug against rheumatoid arthritis, in patients with COVID-19 in New York in collaboration with the French firm Sanofi. Preliminary results of the second phase of the tests showed that the drug rapidly lowered the level of a key marker of inflammation, and the third phase of the tests will be held in May. 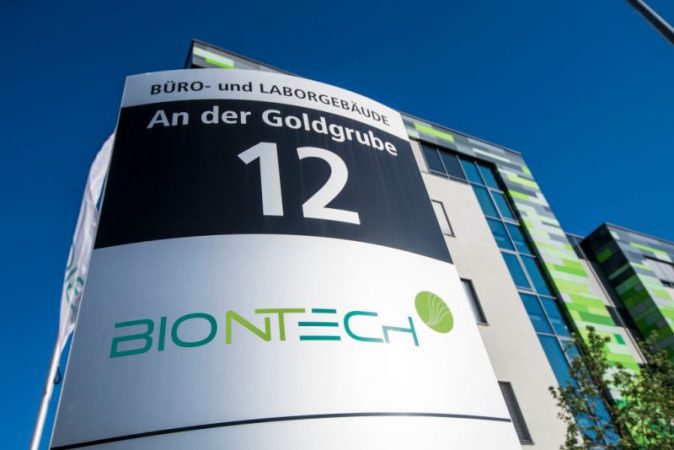 The Strongman twin billionaires became rich when they sold the Hexal generic manufacturer Novartis in 2005 for about $ 7 billion. They are now investing in a number of medical and biotech companies through their Swiss investment firm Santo Holding. Their most famous investment is BioNTech, a young biotech company from German Mainz. BioNTech is working with Pfizer and Fosun Pharmaceuticals to develop a vaccine against COVID-19: the first human trials began in Germany on April 23, and the company is now awaiting regulatory approval to begin shipping to the United States. 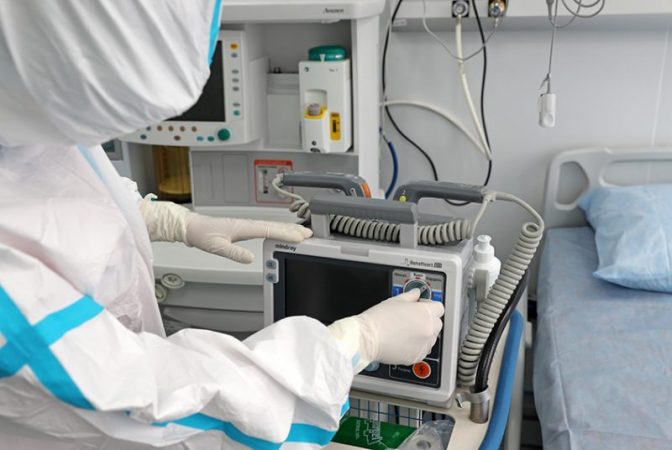 In 1991, Li Xitin founded Mindray Medical International in Shenzhen. Since then, the company has become China’s largest medical equipment manufacturer. Mindray has been actively involved in the fight against the COVID-19 pandemic since the virus appeared in China: it tripled the production of mechanical ventilation devices (ALVs) at the Shenzhen plant to 3,000 units per month, according to Chinese media. The company provided free medical equipment, including urgently needed ventilators, to hospitals around the world, including Italy and Wuhan, in the amount of $ 4.6 billion.