(ORDO NEWS) — Retired Wolfgang Kirsch has become the most tattooed person in Germany. Almost all of his body – 98 percent – is covered with drawings, and only his feet are free of tattoos. Writes about this Bild.

The 72-year-old said that his passion for tattoos began after the fall of the Berlin Wall in 1989. Since then, he has made 86 large drawings on his body, covering his face, lips, ears and eyes with paint. The pensioner, who calls himself Magneto, also has 17 implants under the skin, some of which can magnetize small metal objects. 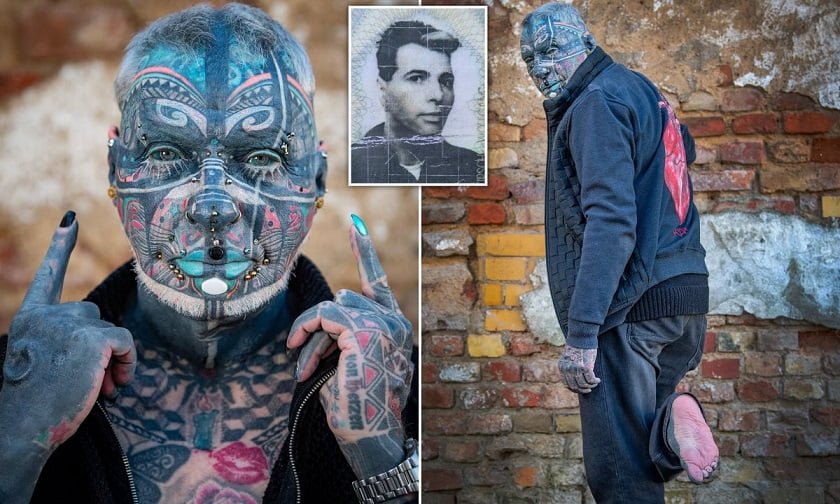 The German admitted that before the unification of the FRG and the GDR he worked at the post office and therefore could not cover the body with drawings. However, he then spent over 720 hours in tattoo parlors. “In the GDR, tattoos were disapproving and unthinkable for post office employees. It wasn’t until I turned 46 that I got my first tattoo – a tear under my eye, ”said Kirsch.

Earlier it was reported that the German model, who hated tattoos all her life, eventually covered almost her entire body with them and became famous. In general, tattoos, which occupy 90 percent of the body of a 55-year-old German woman, came to her for 35 thousand euros.