(ORDO NEWS) — Archaeologists in the Netherlands have discovered something unique – arrows made from human bones. According to scientists, seven thousand years ago, residents resorted to using the remains of their fellow tribesmen.

Interestingly, not every skeleton was suitable for the production of weapons, reports the Journal of Archaeological Science.

As part of the study, it was determined that the arrows were made in Doggerland. It is the stretch of land that connected Britain to mainland Europe. Millennia ago, ocean levels were much lower, so Britain was a peninsula. During the flooding, the water washed away the artifacts and carried them to the Netherlands. 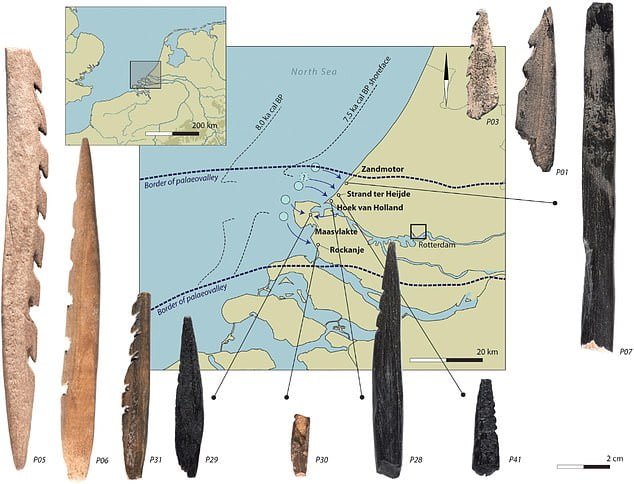 Scientists studied the nine-pointed bones and concluded that they were used between 5.3 and 7.5 BC. The bone tissue turned out to be greatly altered, so the experts could not attribute it to any animal. The experts decided to go the other way: they extracted the protein from the bones and sent it to mass spectrometry.

Seven of the nine arrows were made of deer bone, and two were made of human. It is believed that the people of the Stone Age used only the bones of the craftsmen whose skills they wanted to adopt.

Does the Bermuda Triangle really exist?

Does the Bermuda Triangle really exist?