Comets are basically dusty snowballs orbiting the sun. They are made up of ice such as water, carbon dioxide, ammonia and methane mixed with dust. These materials have come since the formation of the solar system. Comets have an icy center (nucleus) surrounded by a large cloud of gas and dust (called a coma).

A coma occurs when the ice in the core is heated by the Sun and evaporates. As comets approach the Sun, they can form two tails: a straight gas tail and a curved dust tail.

The tail of gas is created by the solar wind, pushing gas out of the comet’s coma and blowing it away from the Sun. The dust in the coma is not affected by magnetic fields, but is evaporated by the heat of the sun and forms a curved tail that follows the comet’s orbit.

2- What is a meteor shower?

As the comet approaches the Sun, it heats up and some of the comet evaporates. After a comet has orbited the Sun many times, many small pieces of the comet remain in the comet’s path. A meteor shower happens when the Earth crosses the path of a comet.

When this happens, cometary debris particles are mostly small grains of sand that create streaks of light in the night sky as they burn up in Earth’s atmosphere. Pieces of debris entering the Earth’s atmosphere are called meteors.

Most comets have a nucleus (comet center) less than 10 km wide. The size of a comet changes depending on how close it gets to the Sun.

As the comet approaches the Sun, the ice on the surface of its nucleus evaporates and forms a cloud around the nucleus, called a coma, which can extend up to 80,000 km. A tail also forms on a comet as it approaches the Sun. Comet tails can be over 1 million km long.

4- What is the difference between an asteroid and a comet?

The asteroids formed much closer to the Sun, where it was too warm for the ice to remain solid. Comets formed further from the Sun, where the ice would not melt. Comets that approach the Sun lose material with each orbit because some of their ice melts and evaporates to form a tail.

5- Did the comet really crash into Jupiter?

Yes, between July 16 and 22, 1994, several pieces of comet Shoemaker-Levy 9 collided with Jupiter. It was the first ever collision between two objects in the solar system. The comet was captured and shattered by Jupiter’s strong gravity.

More than 20 comet fragments crashed into the southern hemisphere of Jupiter at a speed of about 210,000 km per hour. The impacts released a lot of energy and created several large dark scars in Jupiter’s atmosphere that persisted for several weeks. Since then, other collisions of small bodies with Jupiter have been observed.

6- When will Halley’s comet return? 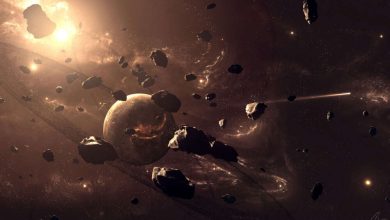 General ideas about the formation of planets, comets and asteroids 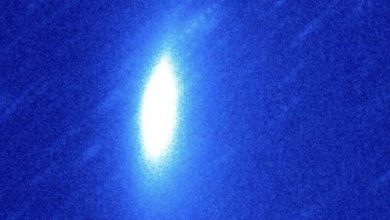 Why are asteroids and comets such weird shapes 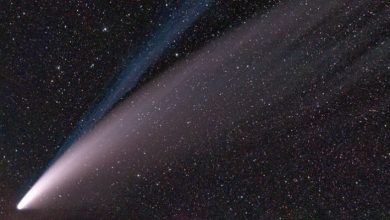