(ORDO NEWS) — Some 500,000-year-old tools have been found in a cave in Poland, belonging to an extinct ancient human species.

The history of mankind continues to be rewritten time after time. There is nothing wrong. It is extremely important to learn more about our ancestors and their way of life. An analysis of prehistoric stone tools found in a cave in Poland has recently changed history.

Scientists have determined that these artifacts are among the oldest ever found in the region. Recently, scientists have studied objects that were excavated half a century ago in Poland.

Among the oldest man-made objects in Poland are flint tools found in the Tunel Wielki cave over 50 years ago. Recent analysis has shown that these artifacts date back half a million years.

A professor at the Faculty of Archeology at the University of Warsaw conducts extensive research, studying artifacts and bones found by archaeologists several decades ago during excavations of caves in the Krakow-Czestochowa Upland.

Not far from Ojtsov there is a cave called Velki Tunnel. As soon as the excavations were completed, most of the finds were packed into boxes and put away for storage.

In recent years, researchers have begun to conduct a thorough analysis. For a long time, scientists believed that human footprints in the Tunel-Velki cave date back only 40,000 years. As it turned out, these preliminary conclusions were erroneous. 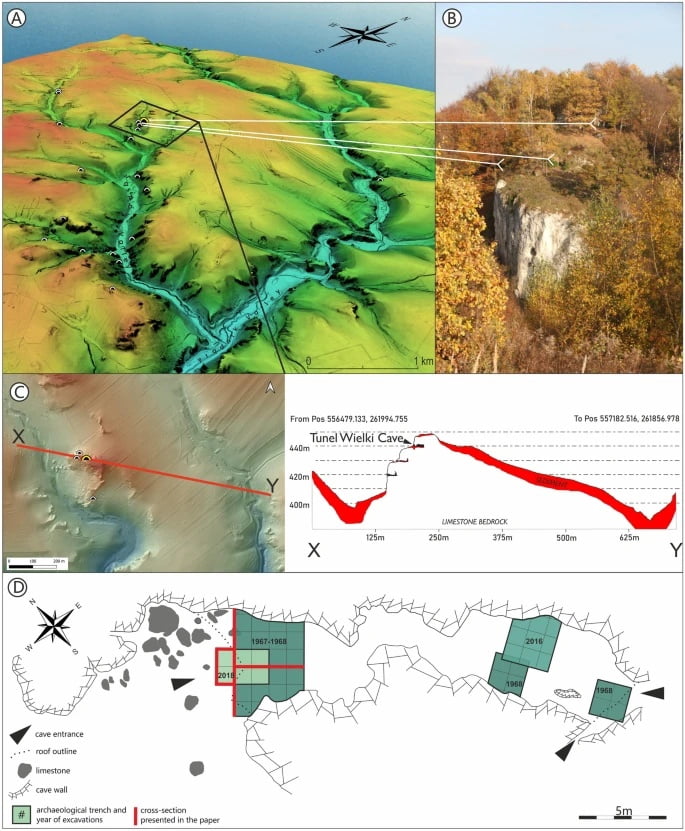 As Dr. Kot explained to PAP: “It all started with a remark by Dr. Claudio Berto, who works on the remains of small mammals. According to him, the species he studied were older than 40,000 years and could date back to half a million years.

Small bones, primarily the teeth of rodent ancestors, have also been found with larger remains. Paleontologists from the PAS Institute of Systematics and Evolution of Animals in Krakow and the University of Wroclaw studied the fossils. 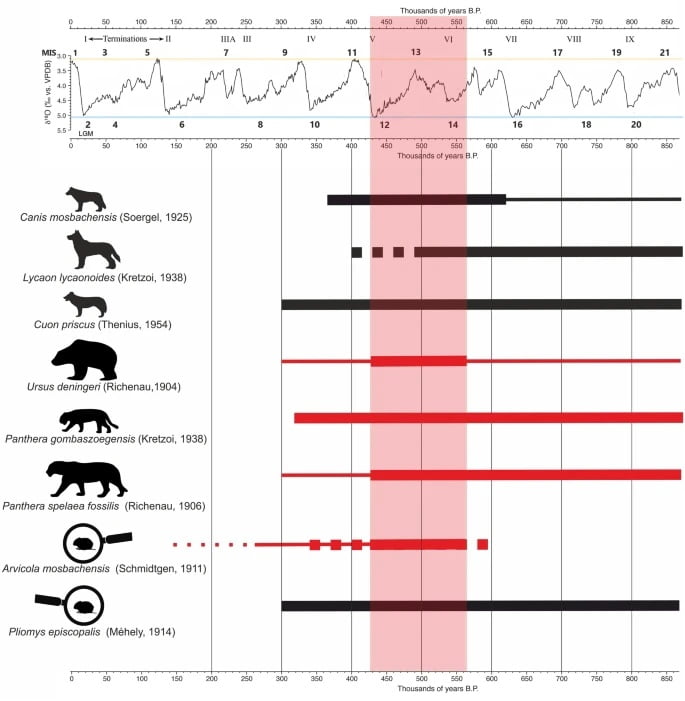 Ancestral bones of the Mosbach wolf, cave bear, cave lion and jaguar have been found . It is believed that they all lived in the territory of modern Poland 450-550,000 years ago. In the same layer, several flint knives were found, as well as 40 flint artifacts, mostly waste from the manufacture of tools.

According to Dr. Kot, these objects come from the same layer as the bones, which suggests that they are very close in age.

Excavations carried out in the cave in 2018 confirmed this assumption. According to them, the layers are arranged as described by researchers half a century ago. In addition, animal bones and production waste were found.” 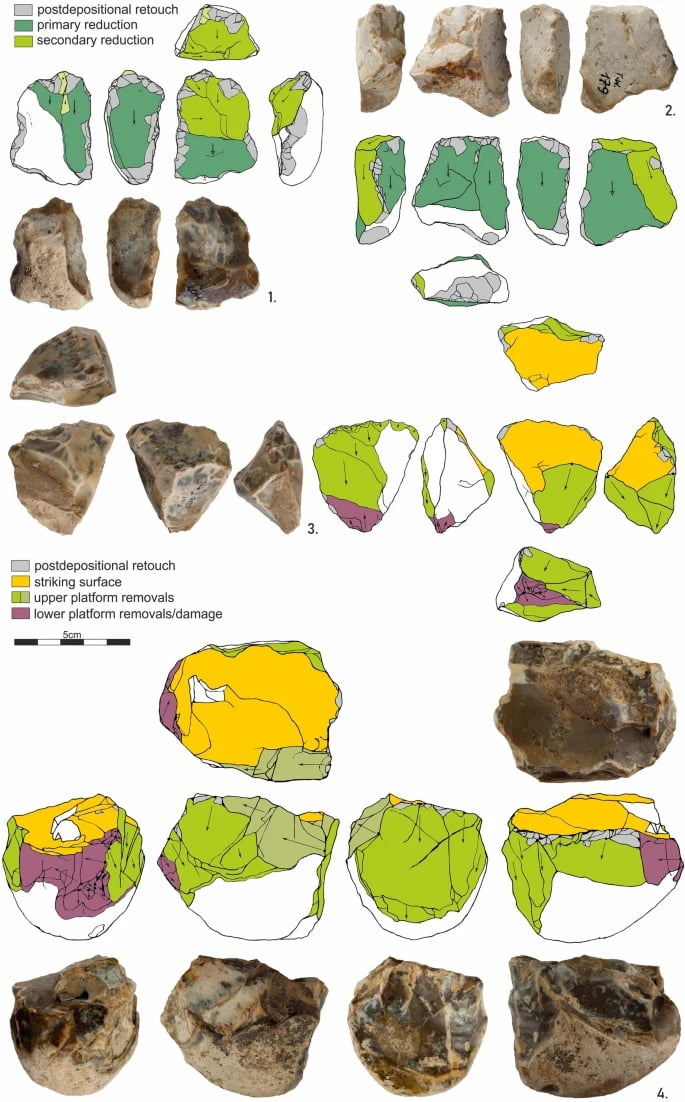 Animal bones are not cut or processed in any way. Therefore, they are not obtained from hunting animals. According to scientists, deer, rhinos and horses were hunted during this period due to their lesser danger.

It took thousands of years for the layers of soil to accumulate. However, it is unlikely that panthers, bears or lycaons would have had to face humans, who probably only temporarily settled in the cave in order to obtain food.

So far, similarly ancient flint objects have only been found in Trzebnica and Rusko in Lower Silesia, Dr. Kot said.

In other parts of Europe, such finds are also extremely rare. Tools were made by a human ancestor called Homo heidelbergensis. This was not our ancestor, but one of our other relatives – a Neanderthal that appeared about 250,000 years ago. 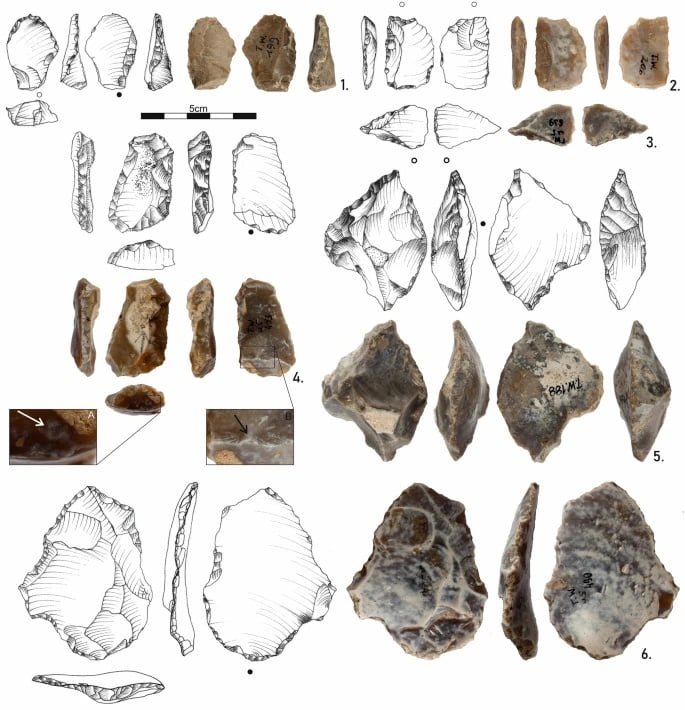 Tools made by this human ancestor were found among the sediments in a cave in Małopolska. There are several reasons why the find from Lesser Poland stands out from the others. First of all, according to the researcher, the artifacts were found in a cave. So far, only open sites have been known in this part of Europe. 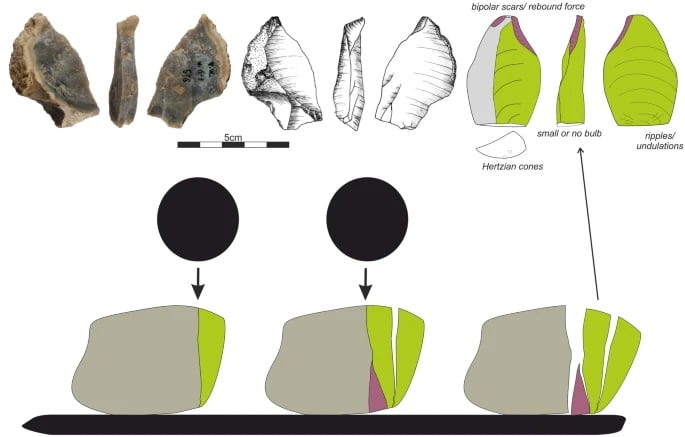 Homo heidelbergensis was a species that had a much larger brow ridge, larger braincase, and flatter face than earlier human species.

They were the first kind of people to live in cold climates; their short, broad bodies were probably a heat-conservation device.

“We were surprised that people lived in caves in this area half a million years ago, because caves are a bad place to camp,” says Dr. Noth. Humidity and low temperatures would prevent this. However, caves are natural shelters. sense of security.”

There are traces that may indicate that people used fire during their stay, which probably helped to tame these dark and damp places.

“She claims that the finds from the Tunel Velki cave represent a very rare evidence of the existence of the first people who traveled north from the Carpathians, she added: “The fact that they migrated further north is extremely unlikely.”

The climatic conditions of that time were not much different from modern ones, but they presented a certain difficulty for people.

Dr Noth said that this is a very interesting aspect of our analysis. “By studying the survival of Homo heidelbergensis, we can see how these adverse conditions have affected its adaptation.”

It is hoped that the bones of Homo heidelbergensis may be found in the Tunel Wielki cave. Undoubtedly, these will be the most ancient human remains discovered in Poland.

Currently, the oldest known remains are the remains of a Neanderthal man, which is over 50,000 years old.