(ORDO NEWS) — Letters, postcards and photographs from the personal archives of Einstein and his relatives shed light on the extraordinary life and complex nature of the most famous scientist of the 20th century.

Here are five surprising and little-known facts about Albert Einstein. We hope you learn a lot of new things for yourself.

Einstein’s younger sister Maria “Maya” Einstein wrote that as a child, her brother was a fat and unsmiling child who learned to speak so late that his parents even admitted the possibility of congenital dementia.

Despite the “flaws”, Maya still called her brother a “sweet creature” who was not lucky enough to be born too serious.

Einstein married his cousin (who was also his second cousin)

Einstein’s second wife, Elsa, was not only his maternal cousin, but also his paternal second cousin. In letters to his close and probably best friend Michel Besso, Einstein spoke of a “sweet relationship” with Elsa that got out of control. The thing is that Einstein swore to himself never to marry her, but …

Einstein admitted that he was a terrible husband

In a letter written toward the end of his life, Einstein called marriage a matter in which he had twice suffered a shameful defeat.

Of course, his first marriage to fellow physicist Mileva Marich could not be called successful: it broke up when, in 1914, Mileva, having learned about Albert’s affair with his cousin Elsa, refused to move to Berlin. In February 1919, they officially divorced.

His second marriage, it seems, was also not triumphant. After the wedding, Albert began to call Elsa “wife number 2” (apparently it was an original but offensive joke), and his extramarital affairs included affairs with a secretary, the owner of a Viennese department store and (in later years) with a Soviet spy.

Einstein called marriage “a serious and overwhelming test of patience.”

Einstein was a creative tax evader

After the First World War, Einstein experienced serious financial difficulties, and he still had to pay alimony for the maintenance of his first wife and children, who lived in Switzerland.

In order to somehow improve the situation, Einstein began to cheat with paying taxes. The physicist opened an account in a Swiss stock fund, where he began to transfer most of his income, wanting to hide them from the German authorities.

When Einstein needed to withdraw money from an account, he sent a letter to Paul Winteler, his sister’s husband, who managed part of the funds.

The letters naturally used prearranged language to discuss financial arrangements. For example, Einstein asked for “10 boxes of plums” to be sent to a specific address. The amount involved is unknown.

He could joke about anything – even Hitler

As a prominent public opponent of the Nazi regime, Einstein was quickly declared an enemy of Nazi Germany (foreign agent) – he lost his house, job, savings, and a reward was placed on his head. 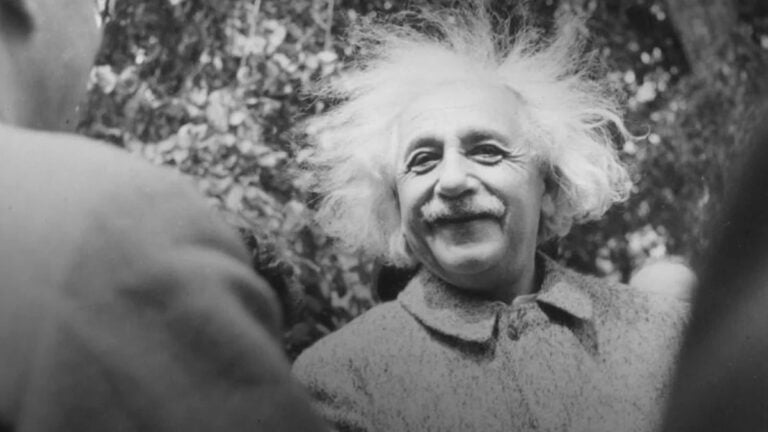 In 1933, while in England and preparing to leave for the United States, Einstein wrote a letter to his sister Maya, in which he said that with a heavy heart he had to leave the sailboat and girlfriend “H.” in Germany.

Of course, all correspondence between Einstein and his relatives was read, so there is no doubt that the insult reached the “mustachioed girlfriend”.

Inhabitants of Baetica preferred to hide the coins of Emperor Diocletian

Inhabitants of Baetica preferred to hide the coins of Emperor Diocletian