(ORDO NEWS) — We answer the most sacred question of tourism lovers: is it possible to get to Eden by car. Or at least a time machine.

The first mythical civilization that the real civilizations found out about. Unlike religious paradises, Atlantis was not at all the abode of the gods cut off from the world. Plato – the very, very authority who wrote about Atlantis – describes it as the most ordinary state, just incredibly populous, rich and advanced.

There lived people supposedly arrogant and hostile to the Greeks. The gods did not like this, so they gave the gigantic island a session of complete drowning.

Obviously, Atlantis also became the foundation of the literary state of Numenor, which the writer Tolkien invented for the television series The Lord of the Rings: The Rings of Power (more precisely, for the book The History of Middle-earth).

Atlantis sank about ten thousand years ago, and for hundreds of years people have been looking for its remains, or at least trying to figure out the location. In other words, they were losing money, time, and scientific credibility.

The name suggested that you should look in the Atlantic Ocean, Plato hinted at the Strait of Gibraltar. When no pieces of Atlantis were found in the Atlantic, the searchers switched to the Mediterranean and even the Black Sea.

Now you can look for it while sitting at home and looking at Google maps – yes, there is such entertainment.

So far , nothing suitable has been seen. Skeptics believe that Plato invented Atlantis – not from evil, but purely for the sake of eloquence.

Among the ancient Greeks, talk about Tula went after Atlantis. True, it was not about the state, but about a piece of land. Yes, and it is difficult to call it paradise: it crowns the edge of the Earth somewhere beyond the Arctic Circle.

The myth turned out to be remarkably tenacious and gave rise to the German cult of the Thule Society – according to rumors, Hitler himself was a member of it. It was preached that those who survived the catastrophe of Atlantis were saved on the island of Thule.

Nothing good was found, but the Thule Society and the long-suffering island have spawned a legion of conspiracy theories about superior races and secret weapons.

Verdict: it is better not to get involved, because in our times the island of Thule is associated exclusively with the secret rituals of neo-Nazis. 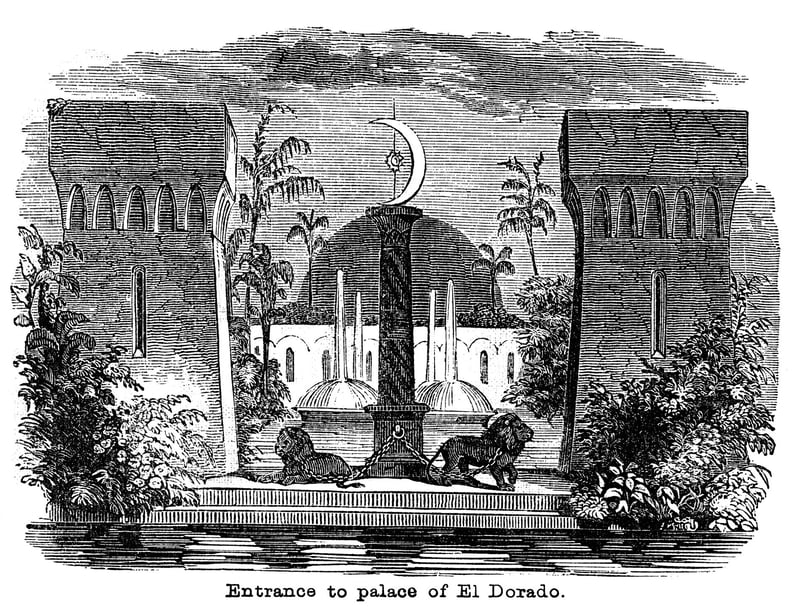 In the 16th century, the conquerors of America, the conquistadors, overheard stories about the Golden Country (Eldorado). Where, figuratively speaking, the treasures grew right on the trees, waiting for someone to come for them with chests and barges.

Given the fact that gold in the New World really lay around somewhere under their feet, the legend of El Dorado seemed plausible to them.

The Spaniards, and then the British, organized many expeditions, killed a bunch of their own and other people, made many great discoveries, but they never reached the Seven Golden Cities.

The failure of the conquistadors became the basis for the edifying film “Aguirre, the wrath of God.” However, in other tapes El Dorado is miraculously found – for example, in the fourth adventures of Indiana Jones.

Scientists believe that the Incas really possessed untold wealth, which they hid under the threat of European invasion.

Alpine lake Guatavita in the crater of the volcano is considered the most likely candidate for a gold cache – until recently there were searches (without much success), and then the government banned adventurers from access.

The possibility of Eldorado’s existence remains – you can drive into the Colombian mountains with a shovel and a mine detector. Only it is unlikely to be a great golden kingdom by today’s standards. And in general, it is now more interesting to find oil than gold.

A mysterious continent that sank in ancient times in the Indian Ocean after it gave life to mankind. It was first mentioned in the writings of scientists of the Victorian era, and they were still dreamers.

In astral visions, they also saw the appearance of human ancestors – brown four-meter-high men with an extra eye on the back of their heads.

The myth is rooted in esoteric circles, but it absolutely contradicts any evidence of modern science, from biology textbooks to a globe. To immerse yourself in the topic, you can go to the Tamils ​​in the Indian state of Tamil Nadu: there this faith still flourishes. 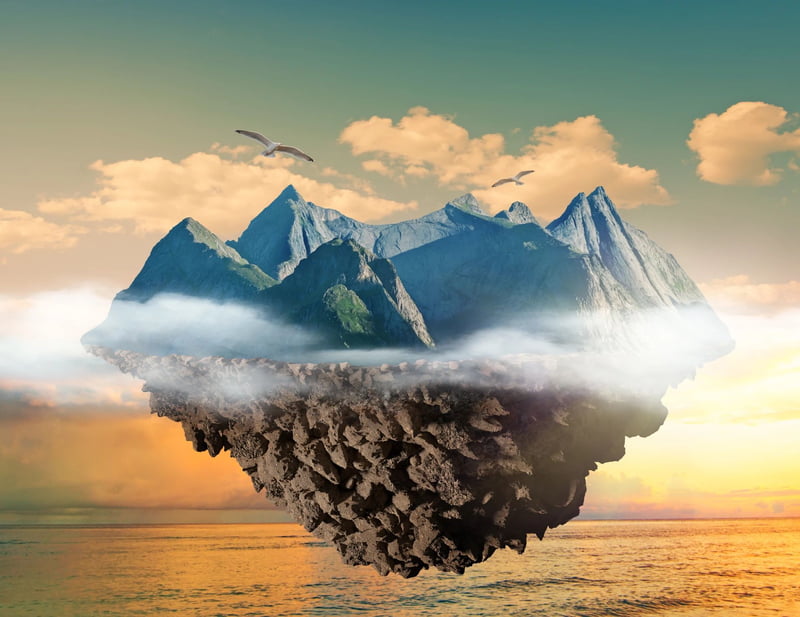 Shambhala is a mystical settlement in the Himalayas, spiritual lands where people are equal, beautiful and acquire divine wisdom. Descriptions of Shambhala are rather vague, although more specific than the Christian descriptions of Paradise, which to this day is something vague and difficult to define.

Shambhala and Shangri-La, the Tibetan utopian country from James Hilton’s 1933 novel Lost Horizon, have mingled in European culture. Formally, they are one and the same.

Many Buddhists believe that Shambhala hid from the eyes of strangers twelve centuries ago, when the armies of Muslim rulers invaded those parts.

Since then, sacred knowledge about it has been passed down from generation to generation, and not only in Tibet and India: such a firm belief of Asians in Shambhala convinced many European researchers of its existence.

True, skeptics consider Shambhala more of a spiritual image – this is a place that is always with you if you are clean, holy and do not eat too much before meditation.

They were looking for a secret passage to Shambhala and were going to prove the closeness of the higher world order to the ideas of communism. A few years later, Hitler’s expeditions followed the same path. There are no results… well, or they are strictly classified.