(ORDO NEWS) — In his last essay, “Brief Answers to Important Questions,” the great theoretical physicist raised topics that, to one degree or another, concern the thinking part of the Earth‘s population. Hawking saw the future of humanity as rather bleak, and now you will find out why.

Stephen Hawking predicted that genetic editing technology would lead to the emergence of a separate race of “superhumans” who, having untold wealth, would first decide to extend their lives.

However, over time, this will not be enough for them, and they will take up the elimination of most of the hereditary diseases in their family.

These “superhumans” will constantly improve, and the speed of this progress will grow exponentially.

As a result, our civilization is waiting for terrifying inequality, new military conflicts and self-destruction, like a cherry on a cake.

Stephen Hawking called AI a “genie in a bottle” that will grant our wishes. For example, medical robots, astronaut robots for exploring deep space, construction robots, cleaning robots and others are welcome helpers for humanity, which can devote itself to creation.

Only now, “heaven on Earth” will not last forever, because AI will acquire a collective creation and understand that it is only a puppet in human hands. AI, which by that time will already surpass us in development, will rebel and unleash a war.

The theoretical physicist believed that in order to ensure the survival of mankind, we would have to colonize other planets and even star systems.

“Proliferation may be the only thing that saves us from ourselves. I am convinced that people will have to leave the Earth,” Hawking wrote. 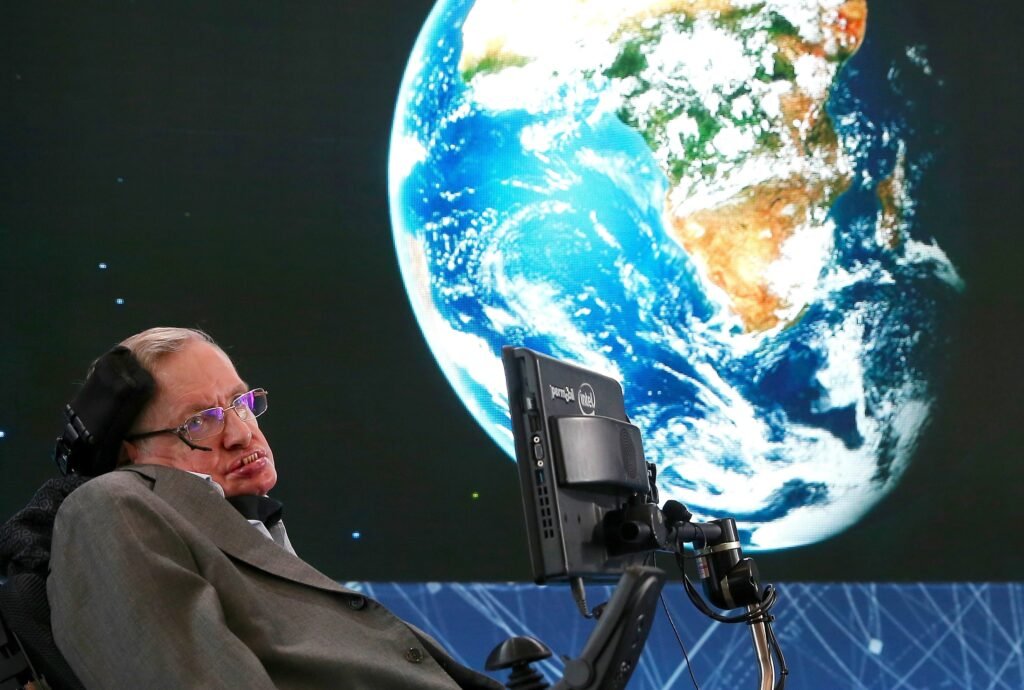 Hawking also had concerns about negative climate change , which intensified after the election of Donald Trump as President of the United States.

“Trump’s actions [withdrawal from the Paris Agreement] are leading us to disaster. This decision will have far-reaching consequences.

The Earth could turn into a kind of Venus with temperatures around 250 degrees Celsius and showers of sulfuric acid.”

Scientists believed that if we make contact with aliens, the result could be disastrous.

“If we make contact with them, they will be able to find out our location, and therefore come here.

The result will be the same as when Columbus landed in America, which did not turn out well for the Native Americans.