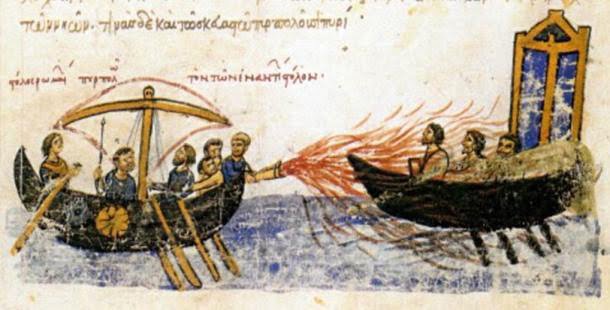 An image from the illuminated Skylitzes of Madrid, showing the use of Greek fire against the fleet of the rebellious Thomas the Slav. The inscription above the left ship reads: “The fleet of the Romans sets fire to the fleet of enemies.”

The Byzantines from the 7th to the 12th centuries threw a mysterious substance at their enemies in naval battles. This liquid, released through pipes or siphons, burned in the water and could only be extinguished with vinegar, sand, and urine.

We still don’t know what this chemical weapon, known as Greek fire, was made of. The Byzantines jealously guarded this secret, ensuring that it would be known only to a select few, and eventually this knowledge was completely lost.

2. Flexible glass: too precious a substance 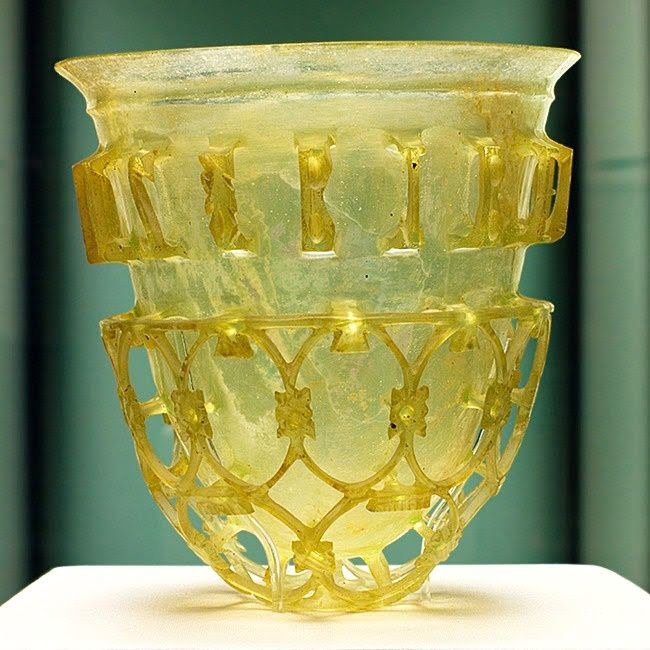 Three ancient stories about a substance known as vitrum flexile, flexible glass, are not clear enough to determine that this substance actually existed. The story of its invention was first told by Petronius (d. 63 AD).

He wrote about a glazier who gave Emperor Tiberius (reigned AD 14-37) a glass vessel. He asked the emperor to return it to him, and then the glazier threw him on the floor.

It did not break, only wrinkled, and the glass blower quickly restored it to its former shape. Fearing the depreciation of precious metals, Tiberius ordered the inventor to be beheaded so that the secret of vitrum flexile would die with him.

Pliny the Elder (d. 79 AD) also told the story. He said that although the story was often told, it might not be entirely true.

In the version told a few hundred years later by Dio Cassius, the glass blower has become a kind of magician. When the vessel was thrown on the floor, it broke, and the glassmaker repaired it with his bare hands.

In 2012, glass company Corning introduced its flexible “willow glass”. Heat-resistant and flexible enough to be rolled up, it has proven to be especially useful in the manufacture of solar panels.

If the unfortunate Roman glassmaker really did invent the vitrum flexile, then it looks like he was thousands of years ahead of his time.

3. Antidote for all poisons

The so-called “universal antidote” for all poisons is said to have been developed by King Mithridates VI of Pontus (r. 120-63 BC) and perfected by Emperor Nero’s personal physician.

The original formula has been lost, Adrienne Mair, a folklorist and historian of science at Stanford University, explained in her 2008 paper titled Greek Fire, Poison Arrows, and Scorpion Bombs: Biological and Chemical Warfare in the Ancient World.

But ancient historians said that among its ingredients were opium, crushed vipers, and a combination of small doses of poisons and their antidotes. 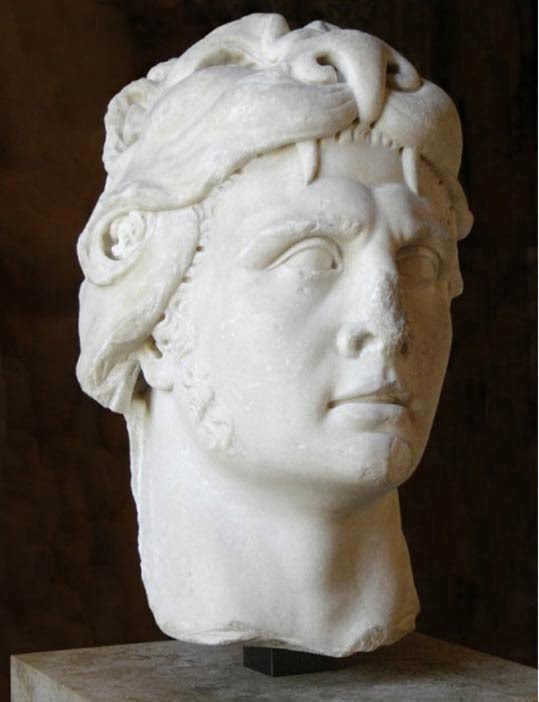 The valuable substance was known as mithridatium, named after King Mithridates VI.

Depiction of how Archimedes set fire to the Roman ships in front of Syracuse using parabolic mirrors. 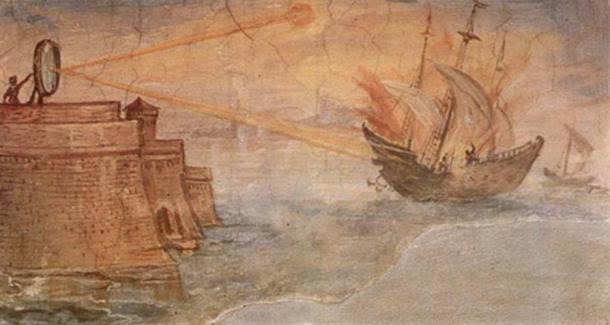 The Greek mathematician Archimedes (d. 212 BC) developed a thermal weapon that in 2004 was not able to reproduce the participants of the Discovery Channel program “MythBusters”. These weapons were described as “rows of polished bronze shields reflecting the sun’s rays onto enemy ships.”

Although MythBusters failed to replicate this ancient weapon and declared it a myth, in 2005 MIT students were successful. They burned a ship in San Francisco harbor with a 2,200-year-old weapon.

“The thermal weapon, introduced in 2001 by the Defense Advanced Research Projects Agency (DARPA), used microwaves to penetrate “the victim’s skin, heating it up to 130 degrees Fahrenheit, making it feel like the person is on fire.” 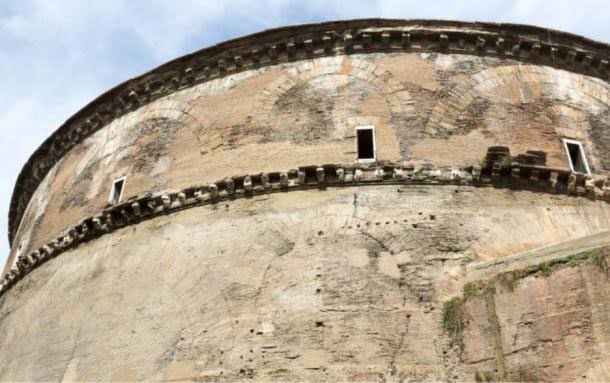 Huge Roman structures that have stood for thousands of years testify to the advantages of Roman concrete over the concrete used today, which begins to deteriorate after 50 years.

In recent years, researchers have tried to unlock the secret to this ancient concrete’s durability. The secret ingredient is volcanic ash.

A paper published in 2013 by the University of California-Berkeley News Center reported that university researchers described for the first time how the unusually stable compound calcium aluminum silicate hydrate (CASH) binds the material.