(ORDO NEWS) — Scientists “revived” seven ancient viruses found in the permafrost of Siberia. The “youngest” of them was frozen 27 thousand years, the oldest – 48.5 thousand years.

Viruses have been “resurrected” by a team of scientists from the University of Aix-Marseille in France. According to virologist Jean-Michel Claverie, 48.5 thousand years is an absolute record for recovered viruses.

All seven viruses, including the one that is 48.5 thousand years old, belong to the group of pandoraviruses – giant viruses discovered in 2013.

The most ancient received the scientific name Pandoravirus yedoma in honor of the Edom Upland in northeastern Siberia, where it was found. 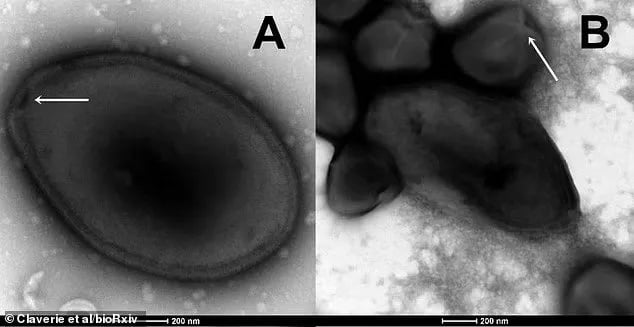 Recovered pandoraviruses have been found in permafrost samples at a depth of 16 meters in Yakutia and also in Kamchatka. Three of them have already come across scientists before, but four belong to a completely new species.

Pandoraviruses are one micrometer long and 0.5 micrometers wide. All seven detected viruses, as noted, are not dangerous to humans, plants and animals and can only infect single-celled organisms (amebas).

In 2014, Professor Claveri also reported on the “revival” of two ancient viruses that were about 30,000 years old. These viruses were also found in Russia.

Due to global warming, more and more permafrost is beginning to melt, exposing areas that have been frozen for tens of thousands of years. They find well-preserved remains of animals, as well as viruses.

These ancient viruses are very frightening to some scientists, because while the pandoraviruses mentioned in the article are not dangerous to humans, animals and plants, other ancient viruses can be dangerous and could theoretically cause epidemics of disease.

In their scientific paper, Prof. Claverie and his colleagues referred to these concerns, pointing out that the release of live bacteria or archaea that have been in cryptobiosis in permafrost for millions of years is a potential “public health issue.”

“The situation would be much more catastrophic if diseases in plants, animals or humans were caused by the resurgence of an ancient unknown virus.

As unfortunately well documented by recent (and ongoing) pandemics, every new virus, even those associated with known families, almost always requires the development of highly specific medical interventions such as new antivirals or vaccines,” they write.