(ORDO NEWS) — In late September 2021, National Park Service officials made an unexpected discovery in Lake Clark National Park and Preserve in southwest Alaska: A 54-inch wooden hunting bow was found under a 2-foot layer of water, but remained intact.

Scientists and archaeologists are analyzing the hunting bow in an attempt to learn more about its origin and history.

In early March 2022, archaeologists sent a small specimen of the onion for radiocarbon dating analysis. The results showed that the age of the bow is approximately 460 years old, and the dating varies between 1506 and 1660 AD.

Preliminary research indicates that the bow is most likely made from spruce and may be a Yup’ik or Alutiik style bow, which is more commonly made in Western Alaska or the Alaska Peninsula than in the Lake Clark region.

The real mystery of the 460-year-old bow is not how old it is, but where it came from. Park officials discovered ancient weapons on the lands of the Dena’ina, the Athabaskan indigenous people whose ancestral lands span much of south-central Alaska, including much of Lake Clark National Park and Preserve.

However, preliminary research has shown that the handmade bow may not be from the land of Dena’in. After consulting with the elders and comparing the bow with similar artifacts from the period, experts believe that this artifact has more in common with the Yup’ik or Alutik style bow.

The Dena’ina’s homeland, covering approximately 41,000 square miles along the coast of Cook Inlet, is called Dena’ina-Elnena, and includes the lands where present-day Anchorage is located.

The Dena’in lands also cover most of Clark Lake National Park and Preserve, including the lake itself, which is traditionally called “Kizheh Vena”. The Dena’ina culture, which emphasizes connection with nature and respect for wildlife, has a rich history in the Athabaskan region.

Shortly after the discovery, the bow was taken to the Park Service Regional Curatorial Center in Anchorage, where experts examined the artifact and analyzed its natural origin. As part of this analysis, NPS engaged Dr. Priscilla Morris, a wood identification consultant with the US Forest Service.

“After examining the artifact, I am inclined to believe that it is spruce. Using a hand lens, certain anatomical characteristics were found that led me to assume that spruce is the most likely species.

Sap is present, as well as many small knots. Birch is also a suspect species, but I did not see any anatomical characteristics that would make me prefer birch to spruce.”

“Identifying wood species of this age is not easy. In many cases, concrete identification requires looking at a (cut) specimen of the artifact under a microscope. Until that time comes, all we can rely on is what we can see under a hand lens.” -Dr. Priscilla Morris

Morris explained that her hypothesis was based solely on what she sees under a hand lens, and that a cut sample must be viewed under a microscope for specific identification. However, this is unlikely to happen anytime soon, as the NPS wants to keep the bow and not touch it for now.

Such finds are rare in Alaska, especially compared to Europe and other developed parts of the world, said NPS archaeologist Jason Rogers. 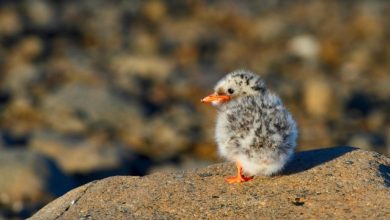 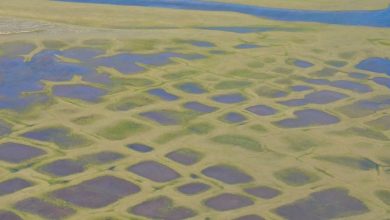