Over the past year, researchers at the University of Western Australia have conducted a wide-ranging study that includes aerial photography, land surveys and excavations, and analysis of satellite imagery.

In the findings, published in the journal Holocene Period, the scientists said that “burial alleys” that stretch for long distances in the northwestern Arab districts of Al-Ula and Khaybar have been little studied until recently.

“People living in these areas have known about them for thousands of years,” researcher Matthew Dalton told CNN. “But I think it wasn’t really known how common they were until we got the satellite imagery.”

Dalton said that the funeral alleys he saw from the helicopter stretched for hundreds, “maybe even thousands of kilometers,” and that the same routes were often followed by those who traveled the main roads today. 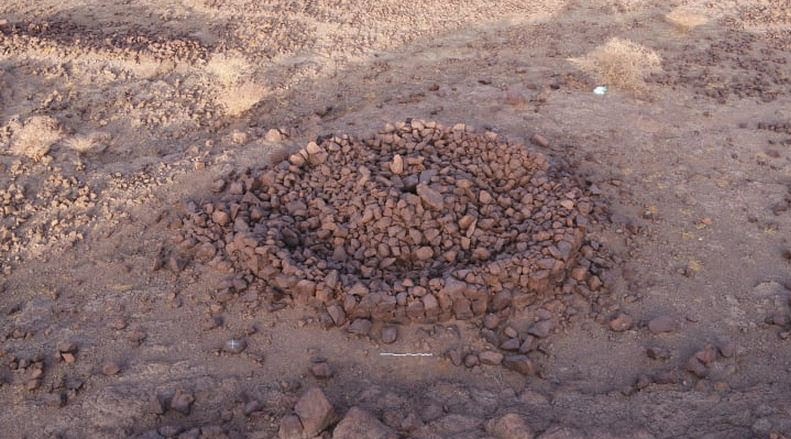 The tombs are mostly either hanging or ring burials that resemble a pyramid surrounded by a wall up to two meters high. Hanging tombs have “beautiful tails”.

Using radiocarbon dating, the researchers determined that the group of specimens dated between 2600 and 2000 BC. BC, although the tombs continued to be reused until about 1000 years ago.

“These tombs are 4,500 years old and still standing at their original height, which is incredible,” researcher Melissa Kennedy told CNN. “So I think that’s what really sets Saudi Arabia apart from the rest of the region – just the incredible level of preservation.”

Researchers believe that either individuals or small groups were buried in the tombs. A team of archaeologists have discovered about 18,000 tombs along the burial alleys. Of these, 80 have been excavated for research.

Researchers still don’t know exactly why the tombs were built along the route.