(ORDO NEWS) — A 31,000-year-old skeleton stripped of its lower left leg and found in a remote Indonesian cave is the earliest known evidence of surgery, says a peer-reviewed study that experts say rewrites understanding of human history.

An expedition team led by Australian and Indonesian archaeologists came across the skeletal remains while excavating a limestone cave in East Kalimantan, Borneo, looking for ancient rock art in 2020.

The find proved to be evidence of the earliest known surgical amputation, predating other discoveries of complex medical procedures in Eurasia by tens of thousands of years. 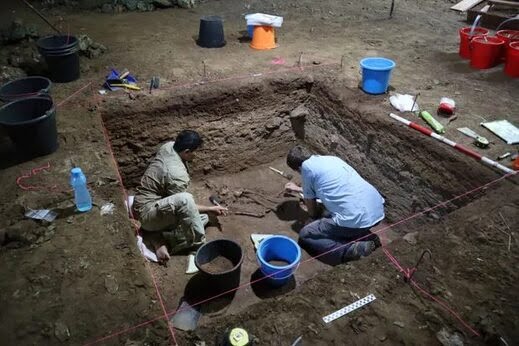 By measuring the age of the tooth and burial deposits using radioisotope dating, scientists determined that the remains were about 31,000 years old.

Paleopathological analysis of the remains revealed bony growths on the lower part of the left leg, indicative of healing and suggesting that the leg was surgically amputated years before burial.

Dr. Tim Maloney, a researcher at the Australian Griffith University who led the excavation, said the discovery is “an absolute dream for an archaeologist.”

The research team, which included scientists from the Indonesian Institute of Archeology and Conservation, was studying ancient cultural deposits when they came across stone markers in the ground indicating a burial site, he said. 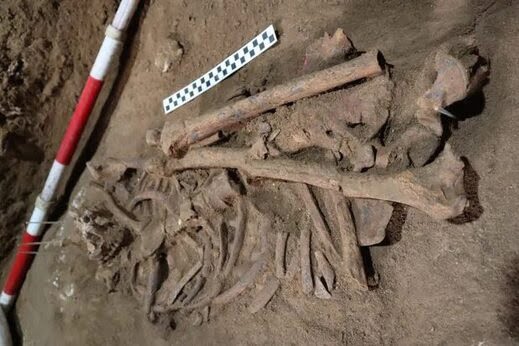 After 11 days of excavation, they discovered the skeleton of a young hunter-gatherer with a healed stump where the lower left leg and foot had been severed.

Maloney said the nature of the healing, including a clean stump, showed that it was the result of an amputation and not an accident or animal attack.

“The hunter survived with an amputated leg in a rainforest environment,” Maloney said. “It is important that not only is there no infection on the stump, but there is also no characteristic crushing.”

According to Maloney, prior to this discovery, amputation was commonly believed to be a guaranteed death sentence until 10,000 years ago, when surgical procedures began to develop with the development of large, settled agricultural societies.

The earliest evidence of a successful amputation was a 7,000-year-old skeleton of an elderly farmer from Stone Age France. His left arm was amputated above the elbow.

“She suggests that early humans … mastered the complex surgical procedures that allowed this individual to survive after having his foot and leg removed.”

Maloney said that a Stone Age surgeon had to have a detailed knowledge of anatomy, including veins, vessels, and nerves, so as not to cause fatal blood loss and infection.

Professor Emeritus Matthew Spriggs, from the Australian National University School of Archeology and Anthropology, said the discovery is “an important revision of the history of our species” that “re-emphasizes that our ancestors were as smart as we are with the technology we have.” today we take it for granted, or without it.”

According to Spriggs, it’s not surprising that Stone Age humans could understand the inner workings of mammals through hunting, as well as have the means to treat infections and injuries.

“We tend to forget that modern people like us 30,000 years ago … would have had their own intellectuals, their own doctors, their own inventors,” he said.

He said they would have had to experiment with herbal medicines and other treatments to stay alive.

“Any modern day tropical rainforest dweller, usually combining hunting and gathering with agriculture, has a large pharmacopoeia that must have been developed over the millennia.”