(ORDO NEWS) — More than 2,500 years ago, Homer explored the idea of ​​automata and self-propelled devices in Greek mythology. By the third century BC, engineers in Hellenistic Alexandria in Egypt were creating true mechanical robots and machines. And such scientific technologies were not unique to Greco-Roman culture.

Techno marvels such as flying war chariots and artificial creatures also appear in Hindu epics. One of the most intriguing stories from India tells how robots once guarded the relics of the Buddha. As bizarre as it sounds to modern ears, this story has a solid foundation in the connections between ancient Greece and ancient India.

The story takes place during the time of the kings Ajatasatru and Asoka. Ajatasatru, who ruled from 492 to 460 BC, was famous for introducing new military inventions such as powerful catapults and a mechanized war chariot with rotating blades.

When the Buddha died, Ajatasatru was assigned to guard his precious remains. The king hid them in an underground chamber near his capital, Pataliputta (now Patna) in northeast India. 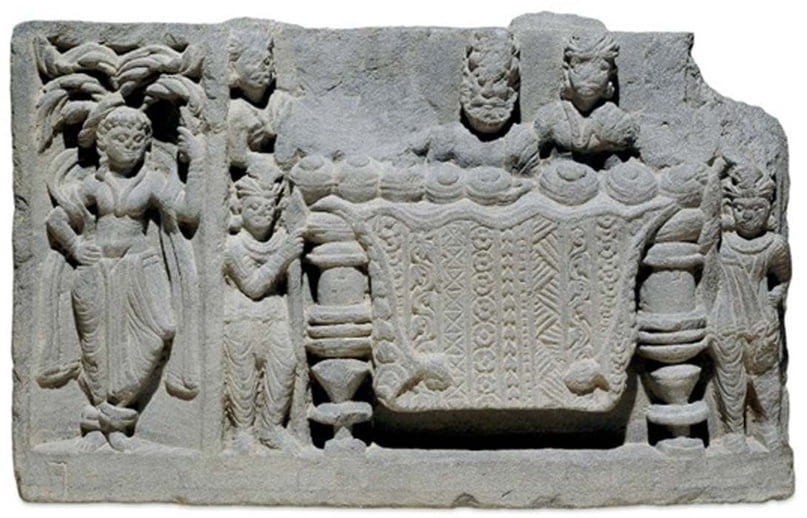 Traditionally, statues of giant warriors stood guard near the treasure. But in legend, Ajatasatru’s guards were unusual: They were robots. In India, automata or mechanical beings that could move on their own were called bhuta vahana yanta, or “spirit moving machines” in Pali and Sanskrit.

According to history, it was predicted that the Ajatasatru robots would remain in service until the future king distributed the relics of the Buddha throughout the kingdom. 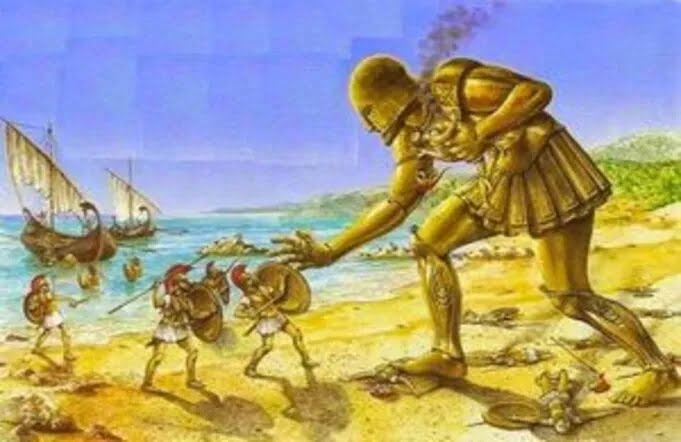 Hindu and Buddhist texts describe automata warriors circling like the wind, cutting down intruders with their swords, reminiscent of Ajatasatru’s war chariots with spinning blades. In some versions, the robots are powered by a water wheel or created by Vishwakarman, the Hindu engineer god.

But the most striking version came in a confusing way to the Lokapannatti from Burma, Pali translations of older, lost Sanskrit texts known only from Chinese translations, each of which draws on earlier oral traditions.

In this tale, many “Yantakars”, the creators of robots, lived in the west of the country of the “Yavanes”, Greek-speaking people, in “Roma Visaya”, the Indian name for the Greco-Roman culture of the Mediterranean world.

The secret technology of the yavana robots was carefully guarded. Roma Visayas robots were engaged in trade and agriculture, caught and executed criminals.

The creators of the robots were forbidden to leave them or reveal their secrets – if they did, the killer robots pursued and killed them. Rumors of fabulous robots reached India and inspired a young craftsman from Pataliputta, the capital of Ajatasatru, who wished to learn how to make automata.

According to legend, a young man from Pataliputta reincarnated in the heart of Roma Visayas. He marries the daughter of a robot maker and learns his craft. One day, he steals plans to build robots and plots to bring them back to India. 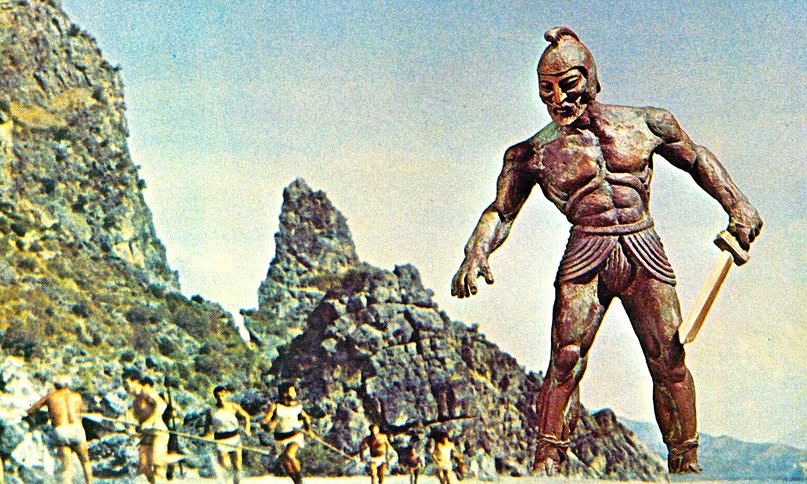 Confident that the killer robots will kill him before he can get there, he cuts his thigh, inserts the blueprints under his skin, and sews himself up. He then tells his son to see to it that his body is returned to Pataliputta and sets off. He is caught and killed, but his son fishes up his body and brings it to Pataliputta.

Returning to India, the son extracts blueprints from his father’s body and, following their instructions, builds automatic soldiers for King Ajatasatru to protect Buddha’s relics in an underground chamber. Well hidden and expertly guarded, relics – and robots – have fallen into obscurity. 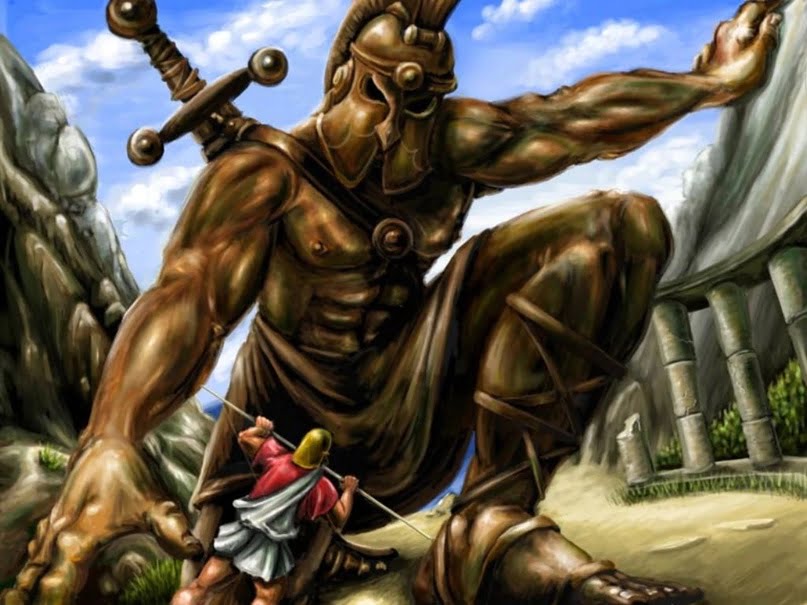 Two centuries after Ajatasatru, Asoka ruled the mighty Mauryan empire at Pataliputta, 273-232. BC. Asoka built many stupas to store relics of the Buddha throughout his vast kingdom.

According to legend, Ahsoka heard the legend of the hidden relics and searched until he found an underground chamber guarded by ferocious android warriors. Violent battles broke out between Ahsoka and the robots.

According to one version, the god Vishvakarman helped Ahsoka defeat them by shooting arrows into the bolts holding the rotating structures together; according to another, the son of an old engineer explained how to disable and control the robots. Whatever the case, Ahsoka ended up commanding an automaton army himself.

Exchange between East and West 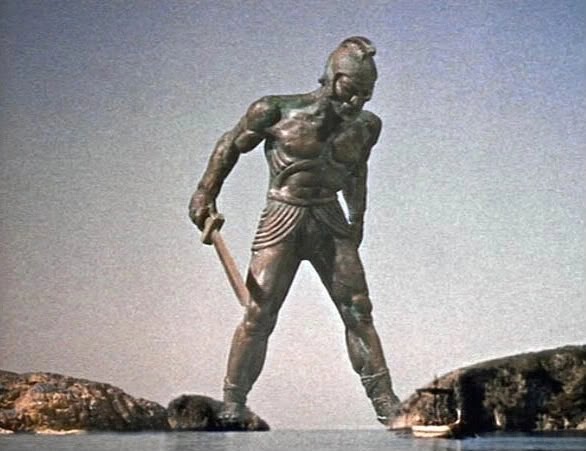 Is this legend just a fantasy? Or could it emerge from early cultural exchanges between East and West? The story clearly connects the mechanical beings protecting the relics of the Buddha with the automata of the Roma Visayas, the Greek-influenced West. How old is this tale? Most scholars believe that it originated in medieval Islamic and European times.

But I think this story may be much older. The historical setting indicates a technological exchange between Mauryan and Hellenic cultures.

Contact between India and Greece began in the fifth century BC, when Ajatasatru engineers were building new war machines. Greco-Buddhist cultural exchange intensified after the campaigns of Alexander the Great in northern India. 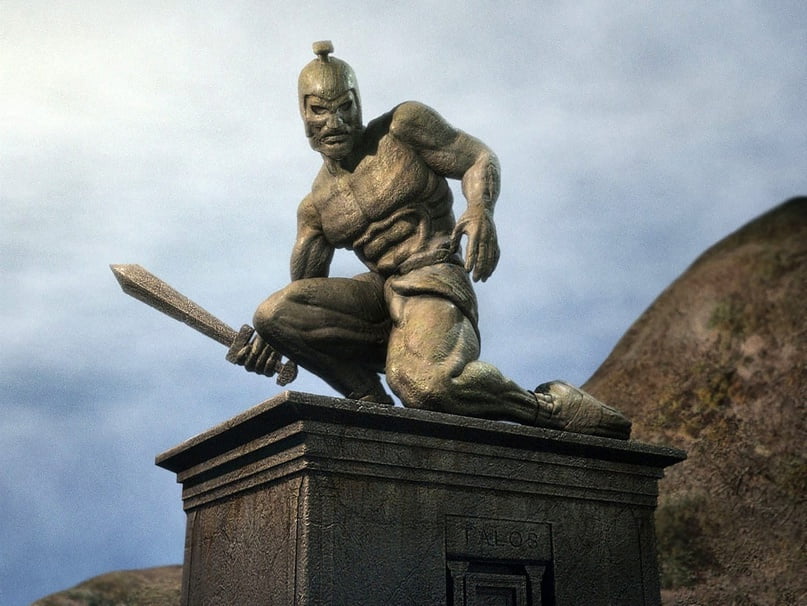 In 300 B.C. two Greek ambassadors, Megasthenes and Deymachus, resided in Pataliputta, which boasted Greek-influenced art and architecture and was the home of a legendary artisan who received the robot plans at Roma Visaya.

The great pillars built by Ahsoka are written in ancient Greek and contain the names of Hellenistic kings, demonstrating Ahsoka’s connection to the West.

Historians know that Ahsoka corresponded with Hellenistic rulers, including Ptolemy II Philadelphus in Alexandria, whose spectacular procession in 279 B.C. was famous for complex animated statues and automatic devices. 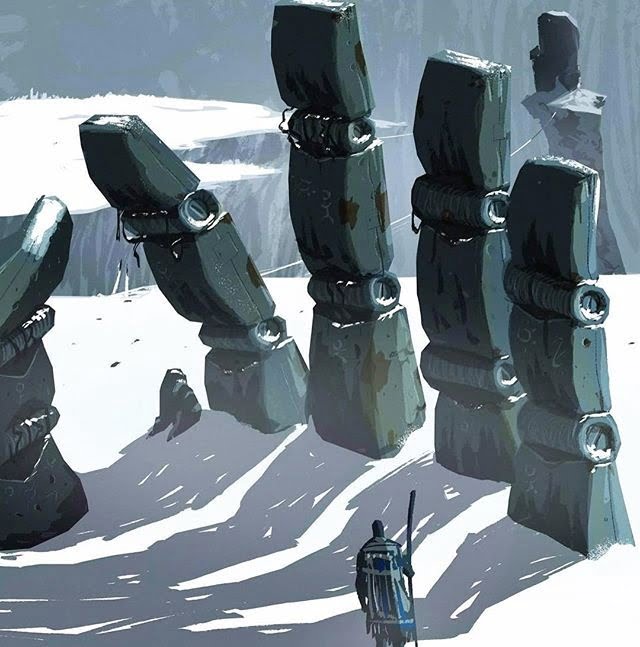 Historians report that Asoka sent envoys to Alexandria and Ptolemy II sent envoys to Asoka in Pataliputta. Diplomats usually presented splendid gifts to showcase cultural accomplishments. Did they bring plans or miniature models of automata and other mechanical devices?

The story of the robots guarding the relics of the Buddha combines real and imagined engineering feats from the time of Ajatasatru and Ahsoka. This astonishing legend is evidence that the concept of automata was widespread in antiquity and shows the universal and eternal connection between imagination and science.