(ORDO NEWS) — The UK Met Office predicts that next year will be the tenth year in a row that global temperatures will be at least 1°C above pre-industrial levels.

Meteorological Service researchers say 2023 could be one of the hottest years on Earth, but it’s unlikely to surpass the record set six years ago. In 2016, global temperatures were 1.28°C above pre-industrial levels.

Also, 2023 could become one of the hottest years due to the lack of a La Niña cooling (fluctuation in the temperature of the surface water layer).

Curiously, 2016 saw the opposite climate pattern, known as El Niño.

This is an unusual warming of surface waters in the eastern tropical Pacific that is leading to an increase in global temperatures in addition to global warming trends. According to the Met Office, global temperatures have indeed risen over the past decade.

The series of warmest years began in 2014, and since then the temperature has consistently exceeded 1°C compared to the pre-industrial period.

“The fact that global average temperatures are at or above 1°C for a decade masks significant temperature fluctuations around the world,” said Dr. Doug Smith, the Met Office’s lead climate forecasting expert.

“Some places, like the Arctic, have warmed by a few degrees since pre-industrial times.”

For next year, the Met Office predicts a global average temperature in the range of 1.08°C to 1.32°C.

Tyrannosaurus rex brain had as many neurons as modern primates

Tyrannosaurus rex brain had as many neurons as modern primates 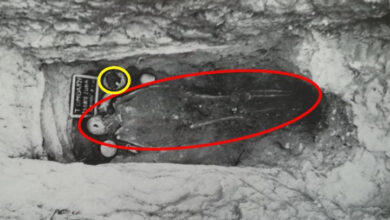