(ORDO NEWS) — A pair of sixth-century BC warrior’s helmets have been discovered along with a ruined temple at Velia in southern Italy. It is believed that these rare artifacts are relics from the legendary Battle of Alalia, buried at the holy site by fleeing Greek colonists.

Italian heritage chiefs have announced that the two well preserved helmets, and other metallic fragments, were found by archaeologists in the acropolis at Velia.

This former Greek colony dates to the sixth-century BC, around the time of the Battle of Alalia, when a powerful Greek navy sailing Phocaean war ships smashed the Etruscan navy and their Carthaginian allies in a sea battle off the coast of the island of Corsica.

The archaeologists say at least one of the two helmets was torn from an enemy’s head as a trophy of war. 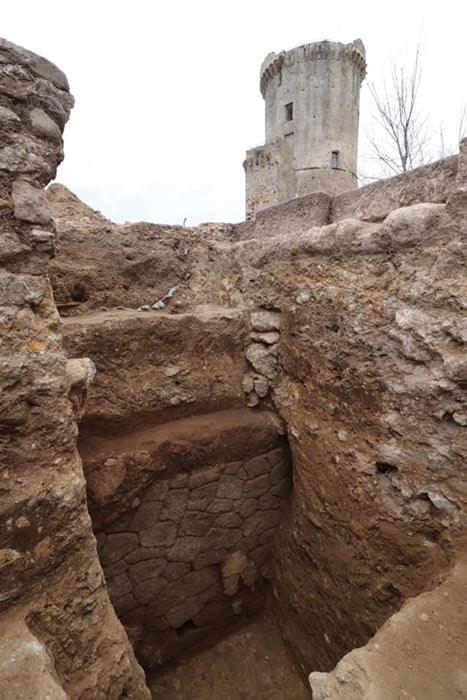 A Sacred Site Where Fallen Warriors Met The Gods

The two ancient warrior helmets and metal fragments, that most probably came from weapons, were found in the grounds of a stone temple at Velia, an archaeological site near the famous Paestum archaeological park in the southern Campania region, Italy. This site was originally an influential Greek trading colony and according to a report in The Guardian the researchers discovered several vases that were inscribed with the Greek word for ‘sacred.’

The temple was constructed on the highest terrace of the western tip of the site, and the sacred structure was paved with earthen tiles. Dating to around 540-530 BC the ancient ritual enclosure measures 18 metres (59 feet) long by 7 metres (23 feet) wide. Massimo Osanna, the director general of Italian museums, said the site was ‘the acropolis’ of the ancient Greek city where offerings would have been made to Athena, the ancient Greek goddess of wisdom. 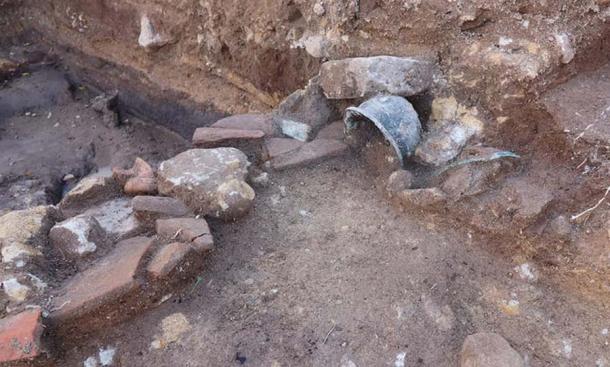 A Story Embedded In Helmet Types

The question arises, so how then do we get from two helmets in a temple, to the Battle of Alalia? Osanna, the ex-director of the Pompeii archaeological park, speculates that perhaps after the battle some Greek colonists sailed to southern Italy and founded Velia, the legendary birthplace of Parmenides, the Greek philosopher.

This conclusion was drawn because one of the helmets was Chalcidian, which were generally worn by a Hellenistic soldiers in the Greek controlled southern regions of Italy, while the second helmet was a Negau type helmet, with a more ‘Etruscan vetulonia shape.’ To save you the bother, vetulonia refers to the comb-shaped ridge. 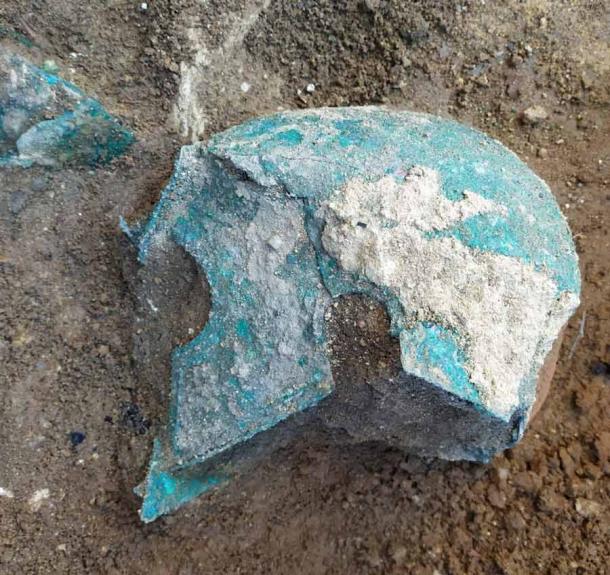 Velia, An Ancient Greek Colony, At The Heart Of It All

Osanna said the discoveries ‘shed fresh light on the history of the powerful Greek colony, Velia,’ that once formed part of Magna Graecia , the southern Italian coastal region of the Tyrrhenian Sea that was colonised by ancient Greeks. However, the new theory differs from the traditional settlement story of Velia that was told by Herodotus in 545 BC. He said, ‘Ionian Greeks fled Phocaea in modern Turkey which was besieged by Persian armies.’

The famous Greek writer, geographer, and historian born in the Greek city of Halicarnassus, went on to say that after wandering at sea for ‘8 or 10 years’ the seaborne refugees stopped in Reggio, Calabria, where Xenophanes the theologian, poet, and critic of religious polytheism joined their ranks. With their final destiny unknown, the founding fathers of Velia sailed northwards along the coast and founded the settlement of Hyele.

The original ancient Greek colony soon developed into a village, and over time, after decades of successful trading, it expanded into a town that was renamed Ele. With continued population growth the city of Elea (Velia) eventually joined Rome in 273 BC, becoming a central trading hub in ancient Lucania. The actual origin story of Velia will always remain locked in time, but the discovery of the two helmets in the ruined temple brings into sharp focus a period of deep history, about which little is known.

Italian “Robinson Crusoe” told how he lives on another island

Italian “Robinson Crusoe” told how he lives on another island