(ORDO NEWS) — After a series of eruptions on the Sun, the Earth is expected to experience auroras over the next few days.

A sunspot named AR2929 produced two solar flares accompanied by coronal mass ejections. Although none of them have been aimed at Earth, the ejecta can deliver glancing blows to our planet’s atmosphere that can trigger small geomagnetic storms.

The first outbreak occurred on January 18 at 17:44 UT and was classified as an M 1.5 class flare. The second eruption occurred on January 20 at 6:01 am UT. It was more powerful – M 5.5. Both are considered medium-level flares—not the most powerful activity our Sun is capable of, but strong enough that its effects are felt here on Earth.

In both flares, X-rays ionized Earth’s upper atmosphere, causing short-term, minor blackouts on shortwave radio; the first over South America and the second over the Indian Ocean.

Coronal mass ejections (CMEs), caused by the breaking and reconnecting of magnetic field lines, are massive ejections of up to billions of tons of plasma from the solar corona. They often occur with solar flares and travel away from the Sun and take several days to reach Earth if they are moving in our direction. 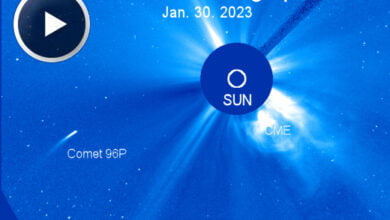 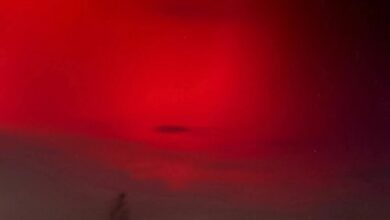 Why are solar flares dangerous?