(ORDO NEWS) — In the State Park of the Valley of the Dinosaurs (Texas, USA), as a result of a severe drought, traces of ancient reptiles left 113 million years ago were discovered.

“Most of the footprints that have recently been found in different parts of the river are from Acrocanthosaurus,” park spokeswoman Stephanie Salinas Garcia told CNN.

“It was a dinosaur that reached about 4.5 meters in height as an adult and weighed about seven tons.”
Another species that left footprints in the Glen Rose park was Sauroposeidon, which stood 18 meters tall and weighed about 44 tons, Garcia added. 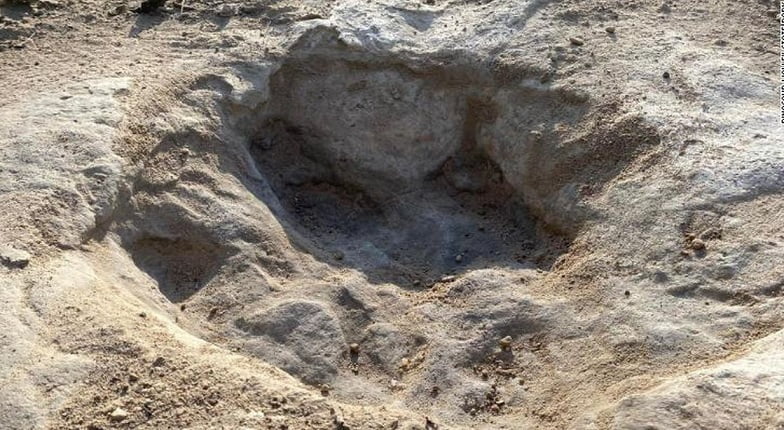 Excessive drought this summer has caused the river in the park to dry up completely in most places, exposing ancient footprints.