(ORDO NEWS) — A resident of the United States some time ago celebrated her next birthday. The woman is already 110 years old. She talked about how she managed to live to such an age and what exactly is the secret of her longevity.

Connie Dicken Williams, who lives in Anaheim, California, celebrated her 110th birthday on June 26 at a nursing home. She has lived there for the past 20 years.

Her relatives came to the American to congratulate her. Directly the administration of the nursing home took up the organization of the holiday.

Connie was also given a special gift from the Anaheim Fire Department. The centenarian was driven along the city streets in a huge fire truck, on which flashing lights were previously turned on.

Williams notes that her reason for longevity is her active lifestyle, as well as dancing. She loves to dance very much and nothing has changed over the years.

“I’ll be better at dancing than eating,” Connie says.

Before the American was 90 years old, she walked five kilometers every day. Now there is not enough strength for such a distance, so the distance was reduced to one and a half kilometers, but at the same time, walks are still performed every day.

The woman shared that as a child she was an incredibly painful child. In 1918, she fell ill with a Spanish flu and suffered it extremely hard, but after that she was no longer ill. Williams says that she is perfectly healthy and does not take any pills.

As a young girl, she worked as a maid for some time. Then I decided to study to be an accountant. After a while, together with her husband, Connie opened her own grocery store, which for a long time worked in Los Angeles.

In addition, the long-liver ran a bakery for 30 years. After her husband died in the 60s, the American woman remarried, but her children were never born.

At her celebration, Williams thanked everyone and noted that this day was the best in her life. She added that she could not have done it without support and care. Connie then invited all the guests to celebrate her 115th birthday soon.

American “artificial Sun” was able to maintain a thermonuclear reaction. What does this threaten us with?

Hawthorn – the berry of longevity

American “artificial Sun” was able to maintain a thermonuclear reaction. What does this threaten us with?

Hawthorn – the berry of longevity 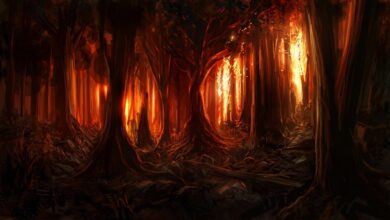 How to live to 100 years : Geneticists named the secrets of longevity