(ORDO NEWS) — We know a lot about the legendary flight of Apollo 11, but a lot of amusing details remained behind the scenes of the lunar race.

How much did the Apollo 11 flight cost, what does lunar dust smell like and why is it dangerous, why were astronauts taught to walk sideways, and what almost exploded after landing?

“Popular Mechanics” will tell about these and many other little-known, but damn interesting facts related to the first landing of a man on the moon.

On July 20, 1969, Neil Armstrong stepped on the moon and the whole world gasped. Since then, we have not ceased to gasp and groan, learning new facts about that flight.

The big question for the NASA team was: what would the surface of the Moon be like? Will the lander’s legs touch a hard surface or sink into something soft?

The good news was that the surface was actually quite hard, but the real surprise was that the moon had its own scent. Aldrin after collecting a sample of lunar soil. Pay attention, under his feet lies a scoop-net on a long handle

When Neil Armstrong and Buzz Aldrin returned to the lunar module, lunar dirt entered the cockpit and began to smell strongly. The astronauts reported that it was the smell of something burning, like wet ashes from a fireplace.

In total, the US spent more than $25 billion on the Apollo program. Decent, but in 1960s prices. In terms of current money, this is more than 150 billion dollars – this is really decent. The Apollo 11 alone cost the Americans $355 million, and another $185 million had to be paid for the Saturn-5 launch vehicle. Further down the line: Command Module Columbia, where Michael Collins stayed while Armstrong and Aldrin roamed the moon ($55 million), Lunar Module Eagle ($40 million).

The USSR carefully concealed attempts to get to the moon first

Not only were the States going to demonstrate their dominance by landing men on the moon, the Soviet Union was also preparing for this feat. From 1967 to 1969, the USSR launched a mass of spacecraft – Cosmos, Zonds, Soyuz and Luna.

The most successful of these was Zond-5, which became the first spacecraft in the world to return film taken from the Moon to Earth. True, as soon as the American astronauts set foot on its surface first, the Soviets lost interest and minimized their efforts in this direction.

How do you prepare to send someone to a place no one has ever been? To do this, NASA created a series of simulators in the 1960s that simulated what astronauts might encounter in real life. In such an exotic pose, the astronauts were prepared for lunar gravity

Aldrin rehearsed the collection of samples on artificial lunar landscapes indoors. Armstrong trained in piloting on a training simulator in Houston.

And to simulate walking in an atmosphere with the gravity of the moon, astronauts dressed in spacesuits were hung sideways on special cables and forced to walk for hours on the walls of the Langley Research Center.

After that flight, it was officially believed that there was not a single photo of Neil Armstrong taken on the moon during the exit from the ship, since the camera was with him all the time. However, in 1987, NASA historians managed to make a discovery: there is still a picture, but it is the only one. Edwin Aldrin took the camera that Armstrong had placed on the open panel of the lunar module’s cargo bay before collecting rock samples and took a panorama. Part of this panorama was the picture with Armstrong.

Buzz Aldrin Communion on the Moon

When the Eagle module landed on the moon on July 20, 1969, astronauts Neil Armstrong and Buzz Aldrin had to wait a bit before embarking on their first lunar walk.

Aldrin, as an elder in the Presbyterian Church, put the time to good use and did what no man had ever done before. He took part in the first religious sacrament ever performed on the moon – the rite of Christian communion. Armstrong declined to participate.

Aldrin originally hoped for a live radio broadcast, but at the last moment, NASA dropped the idea. All because of a lawsuit initiated by militant atheist Madalyn Murray O’Hare: she filed a lawsuit against the agency in connection with the fact that the crew of Apollo 8 on Christmas Eve 1968 read the first chapter of Genesis live in lunar orbit.

Armstrong, Aldrin, and Collins were stuck in biosecurity quarantine upon arrival. Since humans had never been to the Moon before, NASA scientists couldn’t be sure that some deadly space plague hadn’t arrived with the astronauts. Upon arrival on Earth, the Apollo 11 crew communicated with the world only through the glass of a special van. Even with President Nixon

As soon as their capsule splashed down in the Pacific Ocean on July 24, 1969, the trio were sent to a mobile quarantine van, which was taken to NASA’s Lunar Receiving Laboratory in Houston, where the team sat until August 10, 1969.

Film cassettes and sample containers were less fortunate. The films were sterilized in an autoclave for several hours, after which they were sent to a darkroom.

There, one of the photographic technicians accidentally took a cassette with his bare hands (just the one that the astronauts dropped on the moon) and was taken out in the lunar dust. He had to take a five-minute disinfectant shower. Here it is, the building of the Lunar Receiving Laboratory, in which the crew spent 18 days of quarantine

Sample containers were double sterilized: first with ultraviolet light, then with peracetic acid. Then they were rinsed with sterile water and dried with nitrogen.

The opening of the containers was delayed due to unstable pressure in the vacuum zone. Experts suspected a small leak in one of the gloves with which the samples could be manipulated. Less than a week later, the gloves were torn.

President Nixon prepared in advance for the failure of the mission

Watching Neil Armstrong and Buzz Aldrin jump across the surface of the moon, Richard Nixon’s anxiety reached its peak. After all, if something goes wrong, he will have to justify himself to ordinary Americans for billions of wasted tax dollars.

The staff of the 37th President of the United States prepared a statement that he was to read in case the worst happened. There was even a regular NASA priest at the low start.

Watching the adventures of Apollo 11 live, the president could only hope he didn’t have to read that statement. As far as we know, we never had to read it. The mission failure speech was not made public until 30 years later.

Astronauts landed on the wrong side of the moon

When the Eagle Lunar Module, with Armstrong and Aldrin on board, undocked from the Columbia Command Module, in which Collins remained, the residual pressure inside the tunnel connecting the two spacecraft was not relieved sufficiently. So the “Eagle” received a small, but still additional impetus.

Nine minutes before landing, Armstrong realized that the Eagle would overshoot the planned landing site. The astronauts estimated that they should have missed by about five kilometers (in fact, they missed by six). Lunar module “Eagle” after undocking with the command module “Columbia”

But the search for a new safe landing site is not so bad. Due to the overload, the on-board computer of the Orel distracted the astronauts with constant emergency signals, and radio communication with the Mission Control Center was patchy.

Fortunately, since the onboard system alarm was intermittent, the mission control considered the risk of overload to be low and gave the go-ahead for landing.

With the Eagle only 30 seconds of fuel left, Armstrong gently steered the lunar module toward the makeshift landing pad: “Houston, this is Tranquility Base. “Eagle” sat down.

As the adrenaline dropped and the astronauts completed their tasks, another problem brewed. Although the Orel’s landing engine had already been turned off, sensors recorded an increase in pressure in its fuel line.

This could mean only one thing: an ice plug formed in the system, and the accumulated fuel vapors were heated from the unit that had not yet cooled down.

At NASA, the situation was considered critical, and if the increase in pressure is not eliminated, then the Eagle could explode. However, before the instructions for venting the fuel system were given to Armstrong and Aldrin, the ice plug melted, the pressure returned to normal, and the problem disappeared by itself.

The Danger of Moondust

Built over billions of years by meteorite impacts, the Moon lacks the processes that could give debris and tiny soil particles smoother shapes. Astronauts have discovered that abrasive dust is more than just a nuisance. The imprint of Aldrin’s boot, which he literally inherited in the history of astronautics

In later missions after Apollo 11, with longer lunar surface walks, there were reports that dust particles entered the interior of the lunar module, covered helmet visors, and zippers wedged because of them. Lunar dust penetrated even through the layers of material of the protective suit. CAPSTONE satellite launched to the Moon. He will test the stability of the orbit for the future station 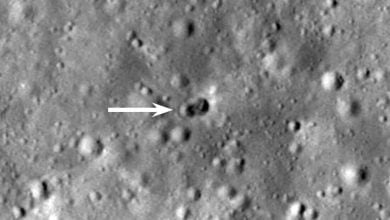 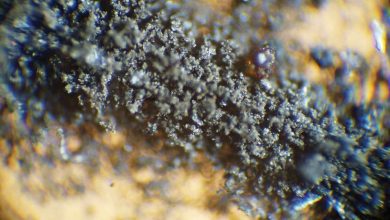