(ORDO NEWS) — Michio Kaku (born January 24, 1947) is a great American theoretical physicist who gained worldwide fame for his activism in the popularization of science.

Michio Kaku is focused on popularizing theoretical physics and modern concepts of the world order, and in his book Parallel Worlds, he even tried to look into the distant future, which will come in billions or even trillions of years.

It is noteworthy that in such a distant “tomorrow” Professor Kaku left a place for humanity.

We have prepared for you 10 wise sayings by Michio Kaku that give you food for thought.

Physicists are made up of atoms. The physicist is the atom’s attempt to understand itself.

The “divine design” that Einstein eloquently wrote about is cosmic music resonating through hyperspace.

3- About the work of the future

The labor market of the future will offer jobs that robots cannot do. Gardeners will still have work to do because every garden is different.

It’s the same with builders. The losers will be “white collars” – accountants, brokers and agents.

Every 200th star has an Earth-like planet orbiting it. In our Galaxy, half a billion stars have planets that are similar to Earth – this is a huge number.

Therefore, when we look at the night sky, most likely, someone is looking at us. 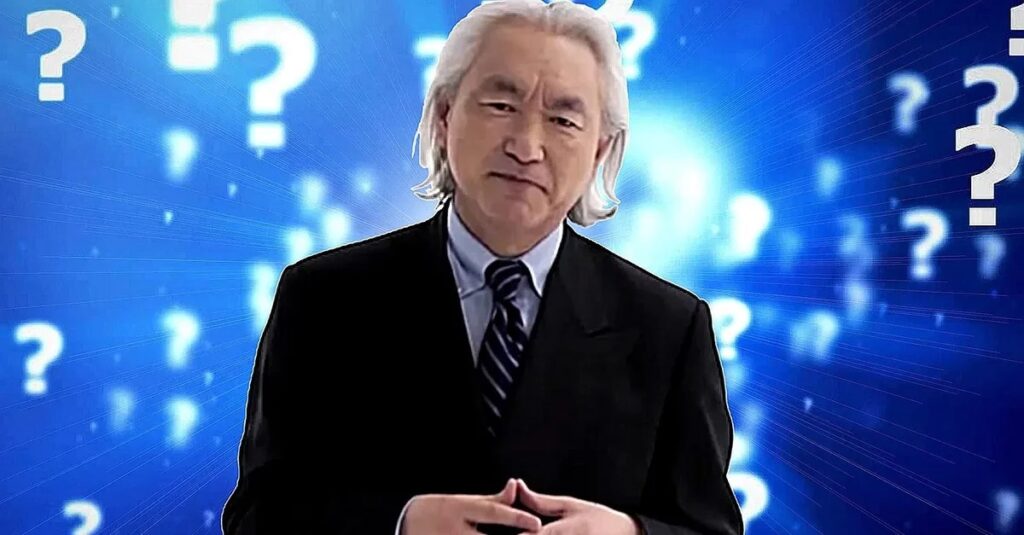 The [human] brain weighs only three pounds [approximately 1.36 kg], but it is the most complex object in the solar system.

In a sense, gravity does not exist; the movement of planets and stars is controlled by the distortion of space-time.

7- About the future of mankind

Our destiny is to become like the gods we once worshiped and feared by the year 2100.

But our tools will not be magic wands and potions, but science, computers, nanotechnologies, artificial intelligence, biotechnologies and, above all, quantum theory.

8- On the rapid development of science

In the last fifteen years, we have learned more about the brain than in all of human history, and the mind, once considered incomprehensible, is finally taking center stage in research.

9- About talent and genius

All children are born geniuses, but society suppresses them.