(ORDO NEWS) — Carl Edward Sagan (November 9, 1934 – December 20, 1996) is a great American astronomer, astrophysicist and an outstanding popularizer of science, who is the owner of a huge number of awards and prizes for his invaluable contribution to world science and culture.

Sagan was a pioneer in astrobiology, the science that studies the spread and evolution of life on other planets in the universe. It was he who gave impetus to the development of the SETI project for the search for extraterrestrial intelligence and was one of the founders of the Planetary Society – an American non-governmental non-profit organization engaged in projects in the fields of astronomy, planetary sciences, space exploration and the popularization of science.

We have prepared for you 10 philosophical quotes by Carl Sagan, which not only characterize him as a person, but also give rise to deep thought.

Lack of evidence is not proof of absence.

Somewhere, something incredible is waiting to be known.

On the value of human life

From a cosmic point of view, each of us is priceless. If the person disagrees with you, keep him alive [don’t hurt him]. In a hundred billion galaxies, you will not find another one like it.

About science and spirituality

About the magic of reading

The book is made of wood and consists of a set of flat flexible parts (also called pages), which are printed with dark pigmented wavy lines.

One glance at the page and you hear the voice of another person, perhaps someone who died thousands of years ago.

Truth is most precious

It is much better for me to comprehend the Universe as it really is than to persist in delusion, even if it is satisfying and hopeful. 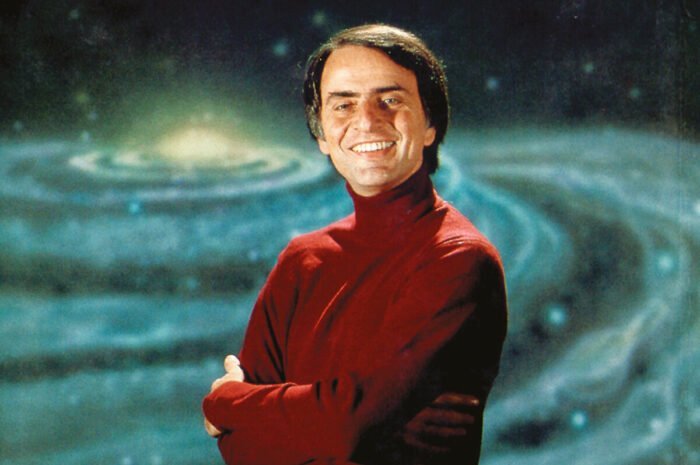 On the power and importance of imagination

Imagination often takes us to worlds that never existed, but without it [imagination] we would not get anywhere [the speech is about the fact that thanks to the power of thought we were able to get out into space].

But they also made fun of Bozo the clown [a popular comic clown in the US].

We can judge our own progress by the boldness of our questions and the depth of our answers, our willingness to accept what is true, not what appears to be good.

Are we alone in the universe?

The universe is a pretty big place, and if it’s just us, it would be a terribly pointless waste of space.