(ORDO NEWS) — The more scientists delve into the study of the connections between different living organisms, the more bizarre and extensive the genetic network becomes. 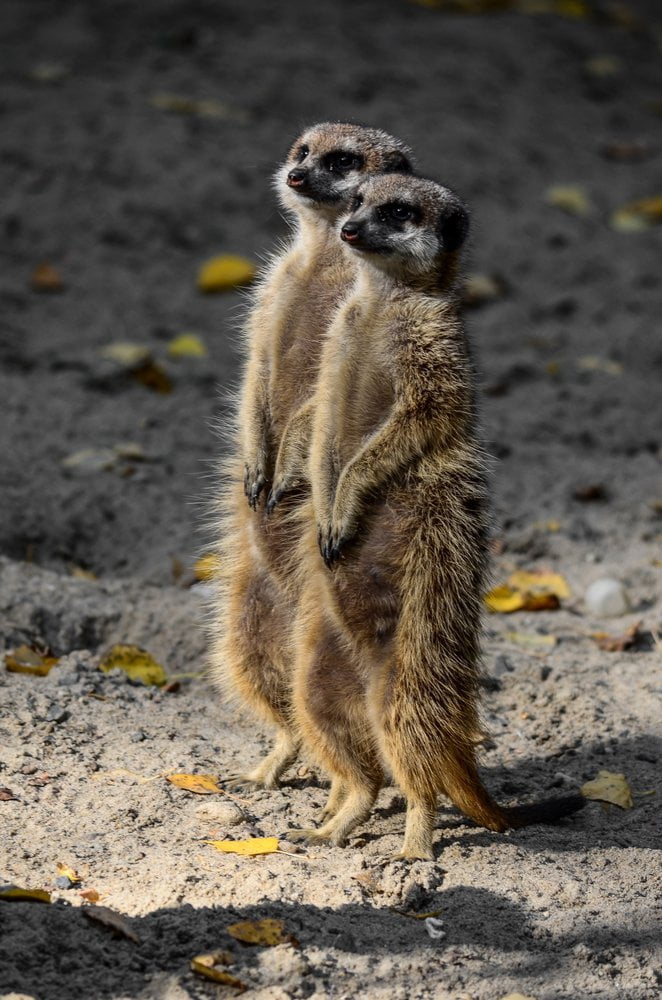 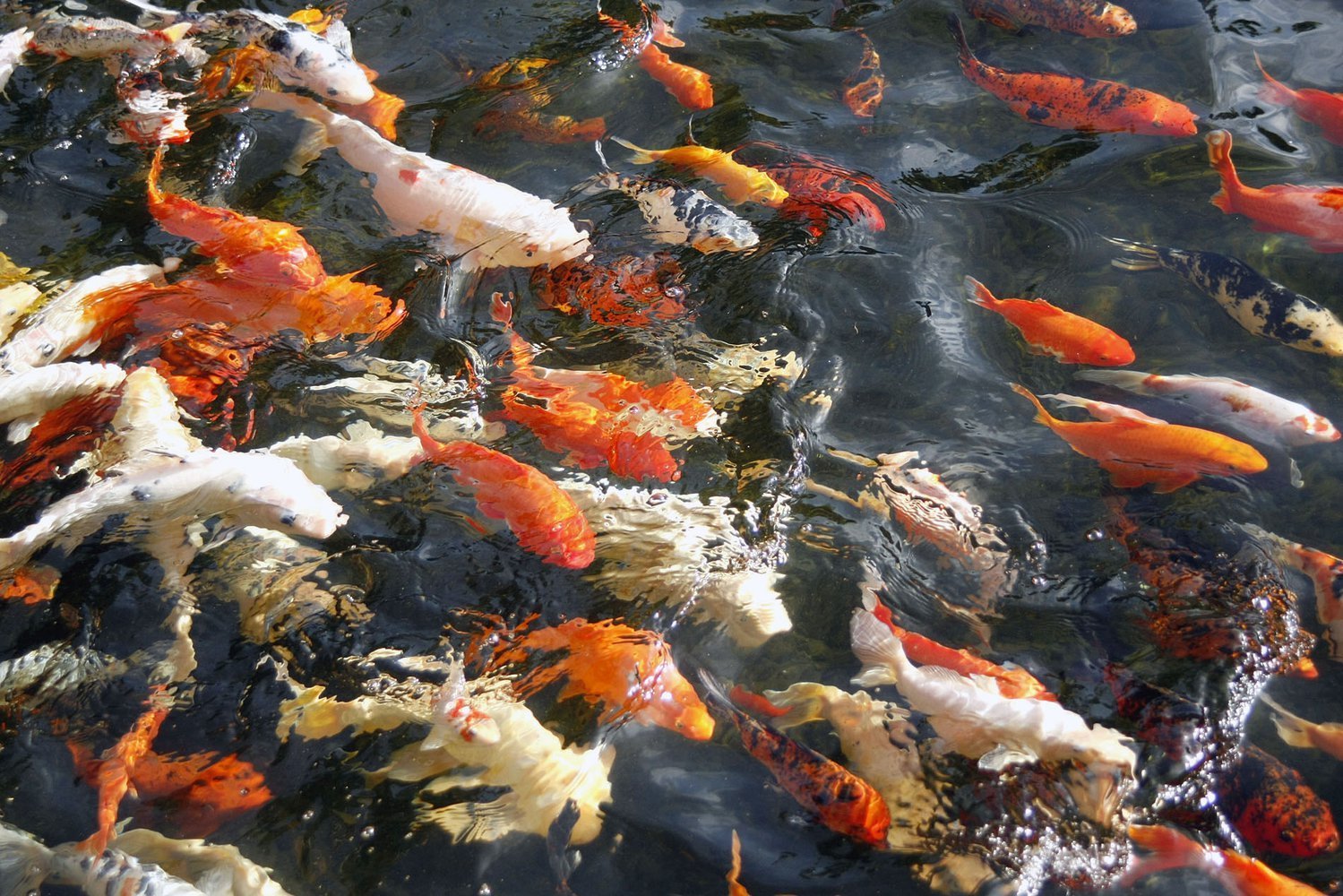 Nature throws up amazing puzzles, solving which, you can find out that creatures that are very different from each other are actually cousins ​​to each other. The search for “relatives” helps in studying both the development of individual species and the evolution of life on the planet as a whole.

10. Scorpio and the tick

Many people think that ticks are insects. In fact, they are arachnids and are closely related to scorpions and spiders. This is the oldest genus, representatives of which crawled on the earth’s surface to dinosaurs, 400-450 million years ago. Both scorpions and ticks have an excellent sense of smell. Both feed on liquid food: the tick drinks blood, and the scorpion, with the help of a special poison, not only paralyzes the victim, but also liquefies it from the inside, after which it “sucks” the juices. Both of these creatures date back to a common ancestor who lived in the ocean.

Jellyfish swims and coral looks like a plant, but in fact both belong to a large group of cnidarians or cnidarians: animals with “stinging” stinging cells, which they use to hunt and defend against enemies. They also have a similar body structure. Cnidarii are bag-like creatures with a hole in the center, around which tentacles grow. The hole serves both for food intake and excrement removal. 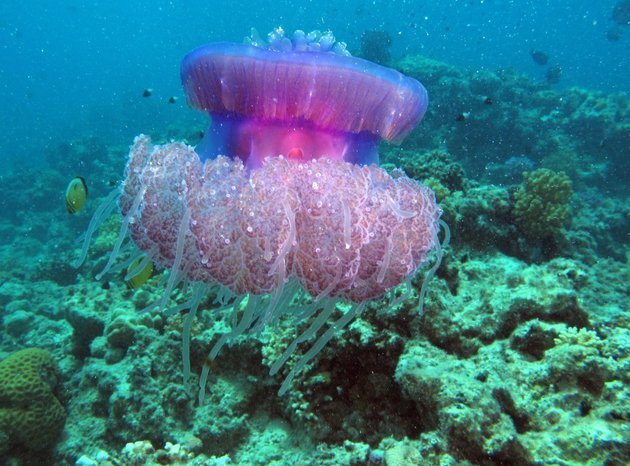 Once upon a time the horseshoe crab was mistaken for a crab, although in fact it belongs to the class of arachnids. Horseshoe crab emerged as a separate species 500 million years ago. Unlike its spider cousins, this prehistoric creature has never lived on land. It grows up to half a meter in width, which is much larger than the size of modern spiders. An inhabitant of the shallow waters of tropical seas uses its tail to dig for food or roll over if it is knocked over by a wave. It is even more curious that the horseshoe crab has 10 eyes, it knows how to grow lost body parts, and blue blood flows in its veins.

Allosaurus disappeared from the face of the Earth about 150 million years ago. And its close relative, the Komodo dragon, is now the largest lizard on the planet. This superpredator reaches three meters in length and hunts for prey larger than itself. From Allosaurus, he inherited one family trait: a strikingly weak jaw. The bite of a giant monitor lizard is no stronger than that of a domestic cat. Allosaurus, on the other hand, drove sawtooth teeth into the flesh of its prey, using strong neck muscles. The victim was dying of shock and blood loss. The Komodo dragon adheres to similar tactics.

Bees, ants and wasps belong to the group of stinging hymenoptera. Studies of this family have shown that the ant and the bee coincide.

close relatives, while most wasps for them – the seventh water on jelly. Scientists also managed to “put in place” the fossil species Career Idris petiolata, which was previously considered the oldest ant on the planet. However, upon closer examination, the extinct insect turned out to be the ancestor of the wasp.

These small predators vaguely resemble cats, but are related to mongooses and weasels. Meerkat mothers and civet mothers give birth to offspring in underground burrows, but that’s where their similarities end. Meerkats bring up children “with the whole collective farm”, and civets are convinced single mothers. Civet babies are born independent and “dressed” in wool. Newborn meerkats are born naked and with undeveloped senses. Adult civets reach 1.4 meters in length, which is three times the size of a meerkat, and live up to 20 years, while their cousins ​​only live up to 13.

Woodlice is mistaken by many for a beetle, although in fact it is the land cousin of shrimp and crabs. There are about 3500 species of woodlice on the planet, and all of them are crustaceans that have successfully adapted to life on land. They have in common with insects only the rigid external skeleton and the pairwise arrangement of the legs, of which wood lice have 14. They still need moisture to survive. This is why these creatures are so often found in humid places where there are many rotting plants.

Long-term research has buried the belief that dingoes are feral domestic dogs. Scientists have not found features in the Australian wild dogs that would unite them with “human friends.” But they found their resemblance to one of the smallest wolves – the Asian gray wolf only 1 meter long. After spending over 5,000 years in isolation on the Australian continent, dingoes have developed some of the “canine” characteristics. But with wolves they are still related by the fact that they produce offspring once a year, raise puppies with the whole group, howl to mark the boundaries of their possessions.

The decorative goldfish would look exactly like a wild goldfish if not for human intervention. Genetically, they belong to the same species. Just as a result of selection, certain traits were fixed in the goldfish that aesthetes liked.

A miniature wallaby named Matilda became the first member of the kangaroo family, whose genetic map was compiled by scientists. Australian researchers were shocked when they compared Matilda’s genetic code to that of a human. It turned out that the genomes of these two species are very similar. A few differences aside, the genes were identical, and many of them were located in the same order. It was found that the common ancestor of wallaby and man lived on Earth at least 150 million years ago. Mice split from humans only 70 million years ago. But scientists believe that kangaroos can tell much more about human evolution than rodents. In Matilda, researchers have discovered 14 new genes that other kangaroos do not have, but that humans may have.

Meteorologists expect a record hot year in the next five years

Scientists predicted a new dangerous pandemic in the XXI century

Meteorologists expect a record hot year in the next five years

Scientists predicted a new dangerous pandemic in the XXI century