(ORDO NEWS) — Every year, dozens of new artifacts of the ancient world fall into the hands of scientists, but few can cause a sensation. Among them: the millennial Mayan treasure in Mexico, untouched Egyptian tombs, gold of the Sarmatians and ships of the ancient Greeks sunk in the Black Sea.

Archaeological finds allow you to touch antiquity and shed light on riddles that have remained unsolved for millennia. Some discoveries belong to professional archaeologists, others to ordinary people who accidentally meet face to face with history.

In May, archaeologists discovered in the Astrakhan region an ancient mound with gold and silver jewelry of the Sarmatians. According to experts, burials are more than 2 thousand years old. The territories that now belong to the south of Russia belonged to nomadic tribes in the 4th century BC. In addition to jewelry, many of which have no analogues, in the Astrakhan barrow they found a collection of daggers, horse harness elements, household items and the remains of Iranian-speaking nomads. 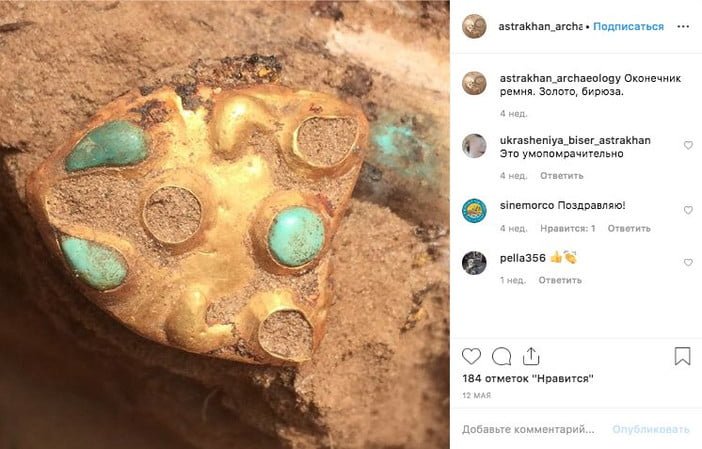 Archaeologists believe that they came across a royal mound, which was partially plundered in antiquity. Among the finds is the grave of the Sarmatian leader with a rich funerary inventory. A treasure of two thousand years ago was found by chance. In the spring, a farmer from the village of Nikolskoye Rustam Musaev turned to the Astrakhan State Museum. He said that during earthworks near his home he came across a bronze bowler – this was the reason for organizing an archaeological expedition.

Near Vienna, geophysicists and archaeologists have found the largest school of gladiators outside of Rome. To do this, scientists did not even have to pick up shovels: the complex was discovered using remote sensing, after which 3D-visualizers carried out a virtual reconstruction of the buildings based on radar data. At 19 thousand square meters. m is a round arena, wooden stands, Roman baths, a campus for wild animals, buildings with small rooms and a common room with a floor heating system. Some elements in gladiator schools have never been found before. Excavations have not yet begun.

In 2015, dozens of sunken ships from the Byzantine and Ottoman empires were found in the waters of the Greek archipelago of Fourney. Researchers discovered ships by accident during an expedition off the coast of Bulgaria. The main feature of the finds is their excellent preservation. It is explained by the unique conditions of the Black Sea: at a depth of more than 150 meters there is neither light nor oxygen. Thanks to this, the tree practically does not decompose in the Black Sea waters. An international group of marine archaeologists has counted more than 60 ships and continues to conduct underwater excavations. The most interesting specimen is a Greek merchant ship that sank during a storm almost 2.5 thousand years ago. He retained the mast, steering wheel, bench for rowers and passenger utensils. Previously, such ships were known only from drawings on ancient Greek ceramics. Scientists will leave the ship lying at the bottom, so as not to damage it.

In the fall of 2017, German archaeologists reported an amazing find that could make anthropologists reconsider theories about the origin of man. In a dry riverbed of the Rhine, a group of researchers discovered specimens of human teeth. It was possible to establish that the age of the fossils is about 9.7 million years. Due to cross-checking of data, the news about the find was postponed for a year. Examination confirmed: the teeth found are indeed several million years older than all the others found in Europe or Asia ever before. Herbert Lutz, the head of the archaeologists’ group, believes that they might have belonged to Australopithecus. 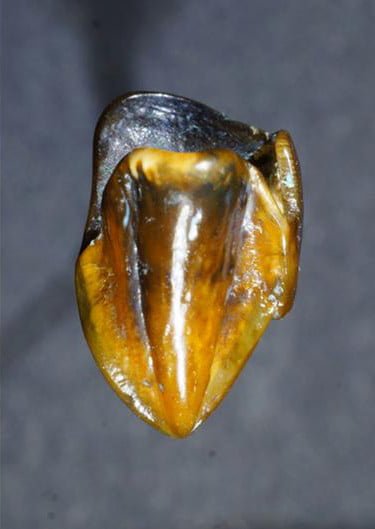 In November 2018, a Polish-Kuwaiti group of archaeologists discovered an ancient temple in the Persian Gulf. The building is located in northern Kuwait in the Al-Sujid desert. According to experts, the construction of more than 7 thousand years. The head of the expedition, Professor Peter Bilinsky from Warsaw University, describes the temple as a rectangular building with a niche in the wall, in which the remains of an ash furnace are preserved. Once the temple was surrounded by a circular wall characteristic of religious buildings. Scientists call the find sensational, since the second oldest temple in the region is at least 2.5 thousand years younger than this. According to Bilinsky, the building found was built in the traditions of the mysterious Ubayd civilization – the predecessors of the Sumerians. They settled in Mesopotamia and influenced neighboring regions. Near the temple, archaeologists have found an analogue of the village square.

Archaeologists at the Institute of Anthropology and History in Mexico (INAH) have discovered the treasures of the Mayan civilization. About 150 ritual artifacts remained intact for over a thousand years. They were stored in one of the caves of Balmaku on the Yucatan Peninsula. These are mainly ceramic vessels with the image of the gods. Locals found the cave with treasures back in 1966, but the archeologist who arrived there ordered to seal the entrance. This time, researchers came to her while studying the sacrificial well of the Maya Indians. The newly discovered Balmaku Cave will help shed light on the history of the creation and fall of the ancient city of Chichen Itza. In the spring of 2018, in the northwestern part of Peru, archaeologists found the most massive children’s burial. During the ritual sacrifice in the mid-15th century, more than 140 children and 200 young lamas were killed here. Scientists believe that in this way the Chimu Indians wanted to appease the gods after prolonged rains and heavy flooding. Archeologists found an unusual ritual knife not far from the excavation site, in the vicinity of the ancient capital Chan Chan, a UNESCO World Heritage Site.

DNA examination showed: children aged 5-14 were healthy, had no physical abnormalities and arrived from different parts of the ancient state. Adults prepared them for the ritual: painted their faces with red cinnabar and put cotton bandages on their heads. According to archaeologists, they have never encountered anything like this before: children and llamas are buried on a low cliff near the ocean in a strictly defined order.

Scientists estimate the age of cave paintings found in the mountains in northwestern Saudi Arabia at 8 thousand years. They depict 349 dogs: some hunt gazelles and mountain goats, others hunt on leashes tied to the owners’ waists. According to experts, these are the earliest images of dogs. A new archaeological find confirms studies according to which people in this area domesticated animals and started cattle breeding 7-8 thousand years ago. The animals in the drawings resemble modern Canaan dogs. At the same time, 349 depicted animals possess individual features: different colors, spots and dots on the coat. In February, northeast Norway, archaeologists found a twenty-meter Viking ship. A high-resolution georadar, which recorded an underground anomaly in the shape of a ship, helped to notice an unusual object. The ancient ship is only half a meter from the surface – in a circular empty space from which the soil has been extracted. It is assumed that this is the so-called ship of the dead. The Vikings often used the funeral rooks to bury the leaders.

Previously, three well-preserved similar vessels were found. Nevertheless, the Norwegians are in no hurry to excavate. To begin with, they plan to develop a digital map of the mound and organize several studies to assess the state of the millennial artifact. In addition to the boat itself, employees of the Norwegian Institute for Cultural Heritage Research discovered eight previously unknown mounds. According to them, only noble Vikings can be buried near the ship.

In the fall of 2018, Egyptian researchers found the well-preserved tomb of the high priest Wataye, whose age exceeds 4.4 thousand years. The tomb is located near Cairo in the village of Saqqara. It is decorated with colored hieroglyphs, statues of the pharaohs and frescoes depicting the late high priest and members of his family. The tomb is 3 m high and about 10 m long. 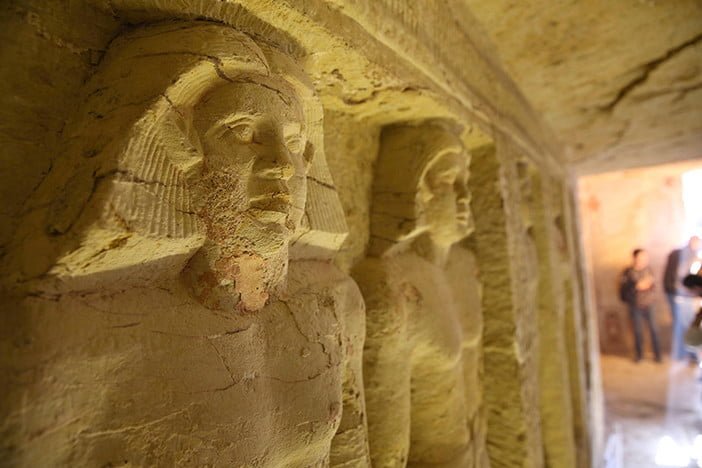 Now experts continue to excavate, decipher numerous inscriptions and explore artifacts. According to the Secretary General of the Supreme Council of Antiquities of Egypt, Mostafa Waziri, this discovery is “one of a kind in recent decades.”

Watch out: grapefruit can kill

Will religion ever disappear?

Watch out: grapefruit can kill

Will religion ever disappear?