(ORDO NEWS) — Even if you are not a fan of science and have never followed the breakthrough achievements in cosmology, then you have most likely heard of Professor Stephen Hawking (January 8, 1942 – March 14, 2018).

Stephen Hawking is a genius who has made complex physical theories accessible to the general public by writing numerous popular science books, including the acclaimed A Brief History of Time.

Stephen Hawking lived a difficult but eventful life, waging a continuous battle with a debilitating disease. He is one of the most respected people in the world.

Today marks the 81st anniversary of the birth of the great scientist, and in honor of this event, we present to your attention 10 interesting facts from the life of the inimitable Stephen Hawking.

1- He didn’t do well in school

Stephen Hawking became famous throughout the world as a genius with a brilliant mind, but during his school years he studied rather poorly.

When he was nine years old, his performance was among the worst in the class. Wanting to fix the situation, little Steven put in a little more effort to become the best.

Despite his fanatical interest in science, Stephen Hawking was not particularly interested in biology. He believed that biology is a “too descriptive and imprecise” field of science, which is the exact opposite of physics.

3- He was given only a few years to live

While at Oxford University, when Hawking was 21, he began to show symptoms of amyotrophic lateral sclerosis (ALS).

Under pressure from his family, he visited a specialist who diagnosed him with the disease and told him that he had only a few years to live.

However, Stephen Hawking lived much longer, calling each new day a miracle. 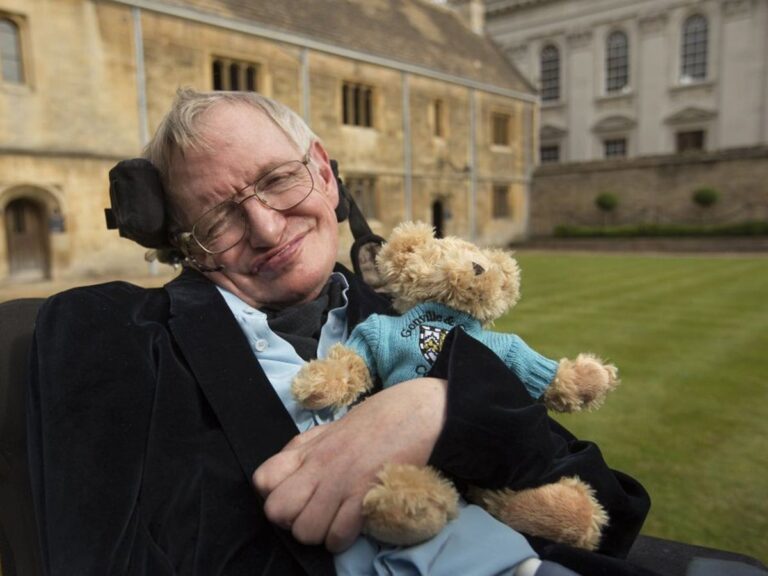 One of the main scientific achievements of Hawking is the creation of a theory explaining that the universe has no boundaries.

In 1983, he and American physicist James Hartle combined the concept of quantum mechanics with Albert Einstein ‘s general theory of relativity in order to show that the universe is a closed system and has no boundaries.

While he was unconscious and on a ventilator, the option of taking him off life support was considered, which was opposed by his then-wife Jane.

Hawking underwent a tracheotomy, which permanently deprived him of the ability to speak, which led to the creation of the famous speech synthesizer.

6- His speech synthesizer has an American accent

The original speech synthesizer was created by a Californian company. A speech program was installed on his wheelchair that allowed him to “speak” using a hand clicker to select words on a computer screen.

After Hawking lost the ability to move his fingers, he used an infrared switch on his glasses to select words by moving his cheeks.

His now world famous American “voice” remained unchanged with all the upgrades to the car.

7- He has appeared on television many times

Hawking made guest appearances on a 1993 episode of Star Trek: The Next Generation and voiced his characters on The Simpsons, Futurama, and The Big Bang Theory.

8- He is the author of children’s books

In 2007, Stephen Hawking, along with his daughter Lucy, published George’s Secret Key to the Universe, a children’s book seeking to explain the workings of the solar system, asteroids, black holes, and other celestial bodies. 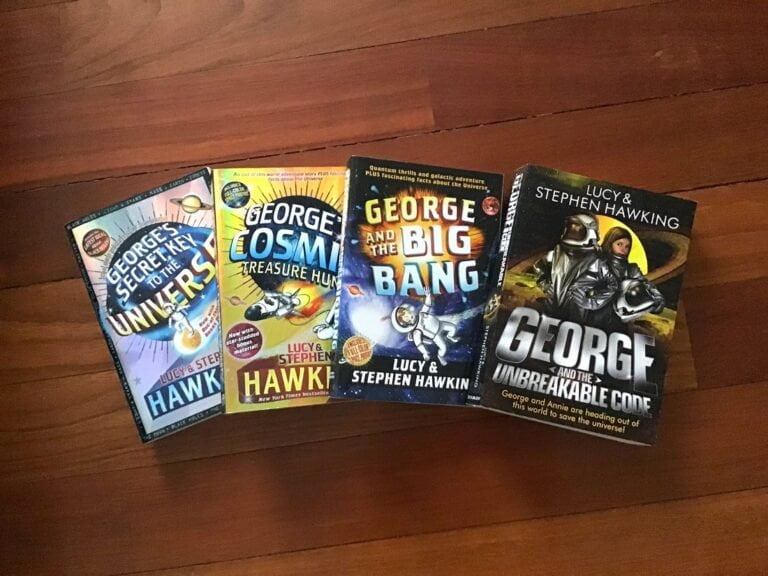 9- He was convinced of the existence of aliens

During NASA‘s 50th anniversary celebrations in 2008, Stephen Hawking was invited to speak and took the opportunity to share his thoughts on aliens.

The scientist said that people should be wary of contact with extraterrestrial life, because it is likely to be based on DNA, and we will not have protection against their diseases.

The love story between Stephen Hawking and his future wife, Jane Wilde, was retold in the 2014 film The Theory of Everything, which earned Eddie Redmayne, who played the great scientist, the Academy Award for Best Actor.

Stephen Hawking himself, after watching the film, shared that there were moments when he thought he was looking at himself from the outside.