(ORDO NEWS) — Red giants are some of the biggest stars in the universe, but they weren’t born that way. Red giants are, for the most part, regular main-sequence stars that have exhausted their supply of hydrogen, which has initiated a process that causes their outer layers to expand violently and surface temperatures drop to 5,000 K (about 4,727 degrees Celsius) and sometimes even lower.

Despite the telling name, red giants range in color from yellow-orange to various shades of red, and the term “red giant” usually includes stars of spectral classes K (stars with surface temperatures of 3800-5000 K) and M (stars with surface temperatures of 2500-3800 K), as well as S-class stars (zirconium oxide lines are observed in the spectrum in addition to titanium oxide lines, which are characteristic of K and M class stars) and most carbon stars.

Red giants differ from each other in size and mass, so they occupy different places on the HR diagram (below). Note the placement of the red supergiants, also sometimes referred to as “hypergiants”. One such star is VY Canis Majoris (VY CMa) in the constellation Canis Major, which was originally a normal O-type main sequence star. 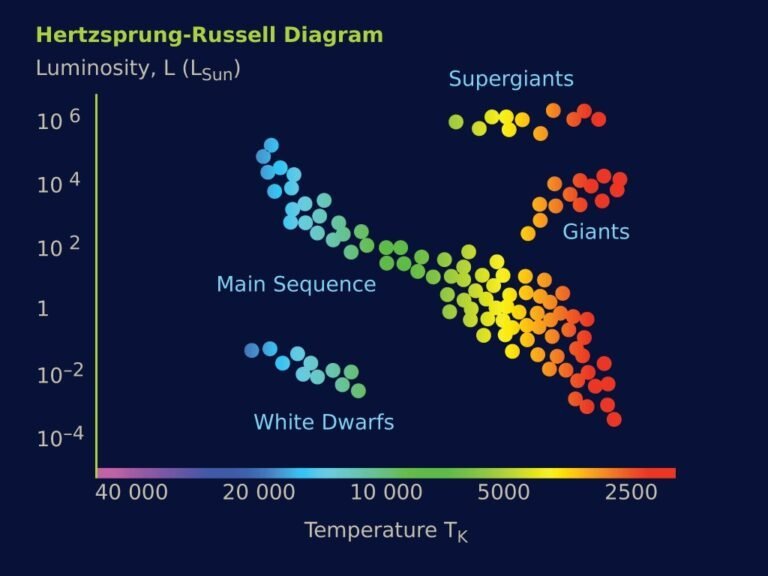 VY CMa is located at a distance of about 3900 light years from Earth , so the star can only be observed with a professional telescope.

All this indicates that VY CMa is one of the largest and brightest known red giants.

Most red giants are still evolving

Most red giants are still converting hydrogen into helium, although this is no longer happening in their cores, but in a shell surrounding these same inert cores. Various processes, mainly dependent on the mass of the star, can cause some red giants to “switch” between giant and supergiant phases, as shown in the graph above (blue).

Red giants do not have clear boundaries

Contrary to many depictions, red giants do not have clear boundaries or “edges” because their outer layers are extremely thin. Instead, the core of a red giant continuously thins out as denser layers are removed, and the outer shells gradually dissipate, turning into a kind of stellar corona (a very thin plasma shell).

Not all main sequence stars can become red supergiants

In place of the red giant, only the core, a white dwarf, remains, the cooling of which can take billions (according to some estimates, trillions) of years.

In the orbits of red giants, there are giant planets whose masses do not correlate with the masses of their parent stars. 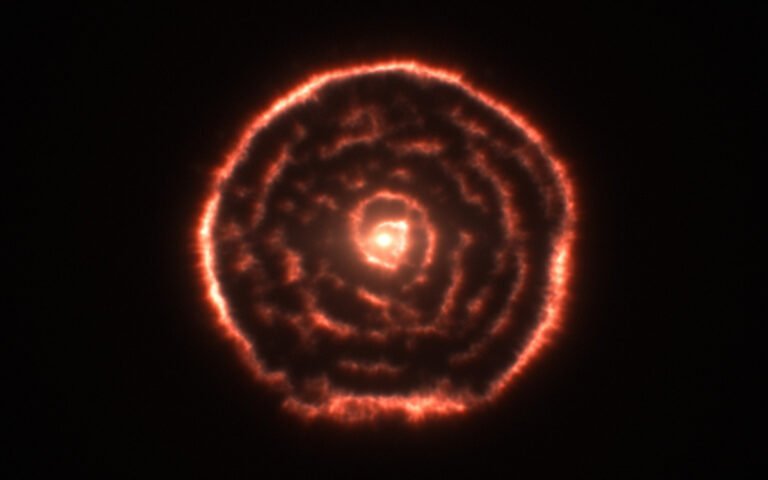 A star with a mass of one solar mass during the transformation into a red giant can destroy its planetary system.

However, according to new research, a star like the Sun (one solar mass) in the process of becoming a red giant can maintain a habitable zone at a distance of two to nine astronomical units (AU). Moreover, when such a star completely transforms into a red giant, the habitable zone can be increased to 22 AU.

Earth may outlive the Sun as a red giant

Although it is known that the Sun will become a red giant, there is some uncertainty as to whether its outer layers will reach the Earth. As you know, due to the weak influence of gravity on the outer layers, red giants lose mass at an enormous rate.

If current models are correct, then the rate at which the Sun will rapidly lose mass will increase the Earth’s orbital distance. Some researchers believe that during the evolution of the Sun, the Earth will move far enough away to avoid the worst consequences of the red giant stage.

Most red giants are variable stars

Unlike sun-like stars, which have a huge number of small convection cells in their photospheres, red giants, as well as red supergiants, have only a few very large convection cells.

All red supergiants observed so far either rotate slowly or very, very slowly, and in some cases it is completely difficult to determine whether a star rotates at all.

This is due to the effect of mass loss, a process that effectively slows down the star. In some cases, such as the star Betelgeuse , which rotates at only about 5 km/s, the rotation may be due to binary interactions with other stars. 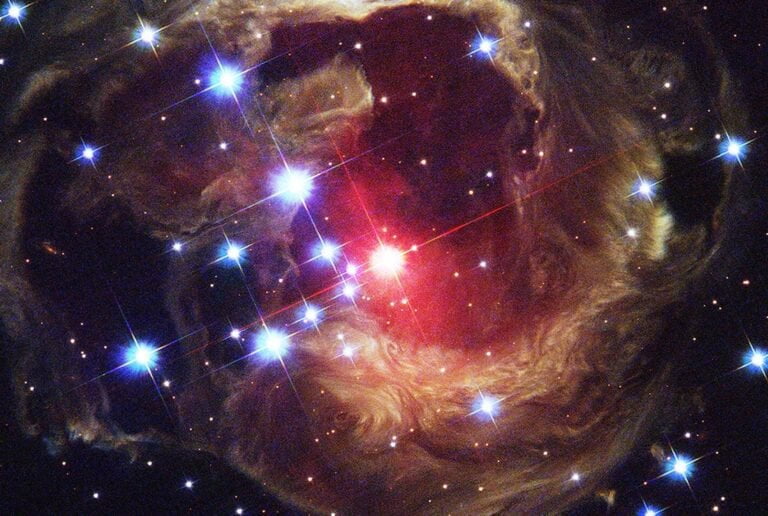 However, the cores of red giants continue to rotate, and do so at a speed far exceeding that of the outer regions of the star.

Many red giants are invisible in the optical range

One special type of red giant, called asymptotic red giants , is so active and unstable that, due to the sheer speed at which they emit an exorbitant amount of their own matter, a dense “cocoon” (not to be confused with a planetary nebula) of dust forms around them rather quickly.

And condensed stellar material. Therefore, these stars become invisible to the wavelengths of light that the human eye can perceive (optical range).

Although the key mechanisms that cause the enormous rate of mass loss in these stars are not yet fully understood, it is believed that the main driving forces are radiation pressure and strong pulsations in the interiors of these stars.